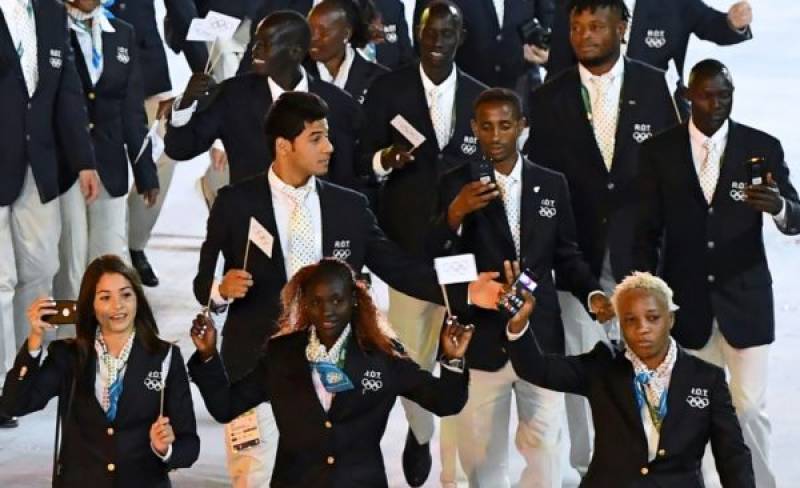 BUENOS Aires - A team of refugees will again take part at the Tokyo Olympics in 2020, the International Olympic Committee said on Tuesday, after 10 refugees competed at the Rio Games.

The decision was approved at the 133rd IOC meeting in Buenos Aires.

Deputy general director Pere Miro, who is in charge of relations with national Olympic committees, said the IOC "has identified 51 athletes living in refugee camps or in refugee conditions". Among those 51 athletes were the 10 who participated in Rio, he added.

Yiech Pur Biel, a middle-distance runner from South Sudan, is hopeful of more than simply making up the numbers after falling in the heats of the 800m in Rio.

"We can expect much, in 2016 just we competed, now we are going not only to compete if we can bring gold or even a final..." he said.

"Competing with top athletes is a big challenge, but we hope we will do something in Tokyo 2020."

Two swimmers who fled Syria, a pair of Congolese judokas, an Ethiopian marathon runner and four middle-distance runners from South Sudan, as well as a 400m runner, were part of the refugee team that made its debut in Rio.

The group of 51 athletes in contention for a spot in Tokyo are supported by the Olympic Solidarity programme and come from seven different sports, including karate and taekwondo.