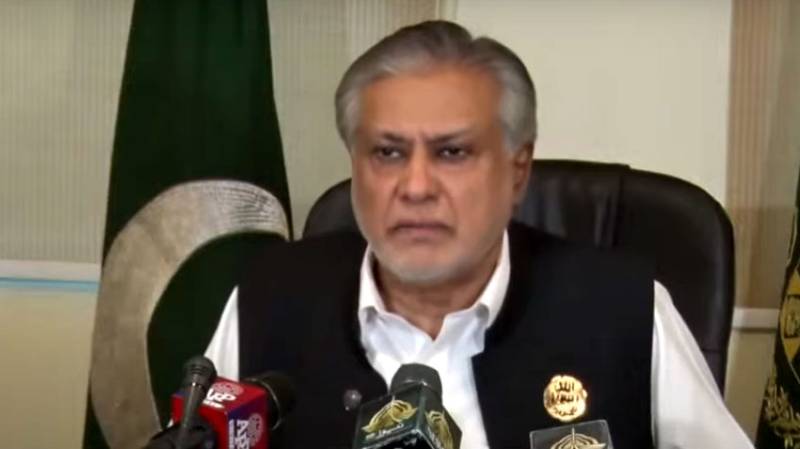 ISLAMABAD – Finance Minister Ishaq Dar announced on Sunday that all the pending payments of letters of credit (LCs) worth $50,000 would be cleared this week in order to provide relief to the business community,

Addressing a press conference, he said that Prime Minister Shehbaz Sharif had received complaints from the business community in which they said that their shipments were stopped arriving, LCs opened and there was not any mechanism for the payment due unavailability of credit.

He said that the situation has reached this point due to bad governance and poor management of last regime, adding that foreign exchange reserves were reached to lowest level leaving very narrow space for opening the LCs, adding that steps are being taken to address the grievances of local business community.

He said that he had hold series of meeting and discussion with Governor State Bank of Pakistan (SBP) and asked him to compile a comprehensive value wise data before leaving for US to attend annual general meeting to facilitate the local business community.

“The minister said that the SBP had compiled the data and as a first step it was decided that all the pending payments worth upto $50,000 would be cleared, adding that about 7,952 payments would be made, which would help to clear about about 52 percent pending LCs,” the press release read.

Regarding the recent Moody's Credit rating, the minister said that they had complied report in haste, adding that the ministry had submitted its response on its press release.

Senator Ishaq Dar said that Pakistan had faced even the worse economic challenges during the time of nuclear test in 1998 and it came out from the crisis, adding that all the challenges faced now would also be overcome.

Dar also categorically dismissed the speculation regarding to approach Paris Club for the rescheduling of loans of the multi-lateral lenders and donors agencies, besides extending the date of maturity of bound in international market.

He said that Pakistan is an independent and sovereign state and current government was fully determined to protect and maintain its national sovereignty and integrity, adding that all the commitments made with creditors would be fulfilled in its letter and spirit.

The 9th review with IMF is scheduled on October 25, he said adding that all the previous commitments would be completed in order to successfully completed the program second time, besides maintaining the reputation of the country in international market.

ISLAMABAD – Finance Minister Ishaq Dar on Friday warned Moody’s Investor Service that he would give a ...