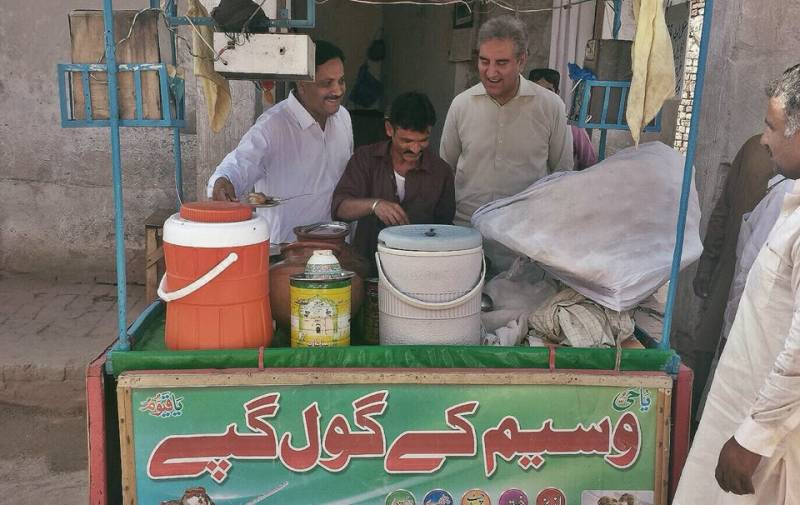 MULTAN (Staff Report) - In a latest picture the Pakistan Tehreek-e-Insaf (PTI) senior leader Shah Mehmood Qureshi has been captured waiting for a plate of 'Gol Gappay' at local stall in Multan.

The picture has been uploaded at facebook page of Usman Dar, who contested general elections in NA-110 on ticket of PTI in 2013.

National Organiser Shah Mehmood waiting to be served a plate of Gol Gappay at a local stall in Multan today.

The owner of "Waseem Gol Gappay" can also be seen readying a plate for veteran politician.

Chaudhry Sarwar said threats received were a serious matter and it was the government’s responsibility to provide them security.

The PTI has written letters to the Chief Minister Punjab, Home Ministry and security agencies for security.