Lahore (web Desk) - Following the introduction of their thought provoking Manjeet campaign and collection, the pioneering ready to wear brand GENERATION  showcased their new prêt-à-portercollection, ‘A Dot That Went For A Walk’ at FPW16  n 9th April 2016. For the showcase leading model Zara Abid walked for GENERATION. 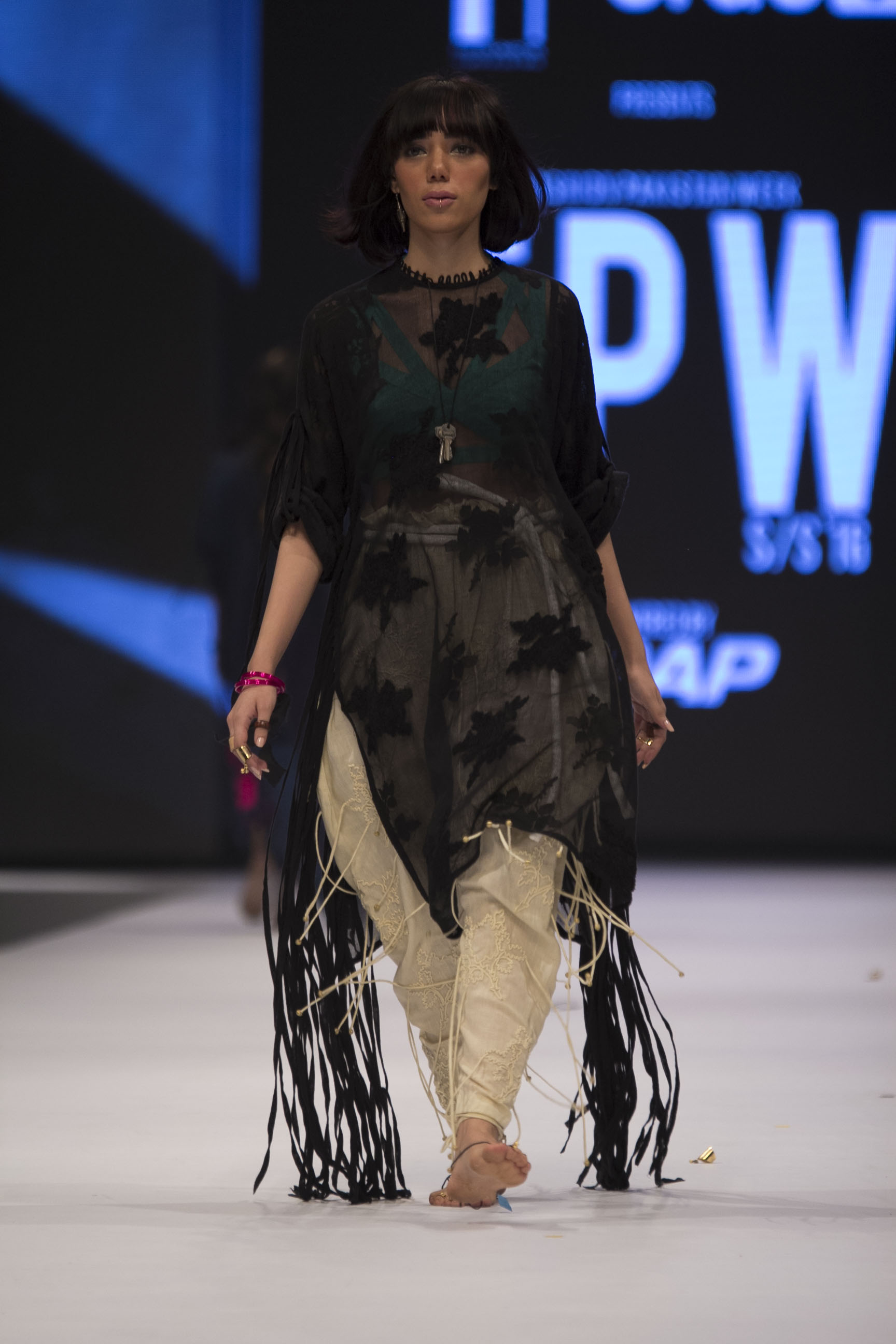 Indeed the collection represented GENERATION’s Director Khadija Rahman’s vision for 2016. This was her first collection for the ramp. 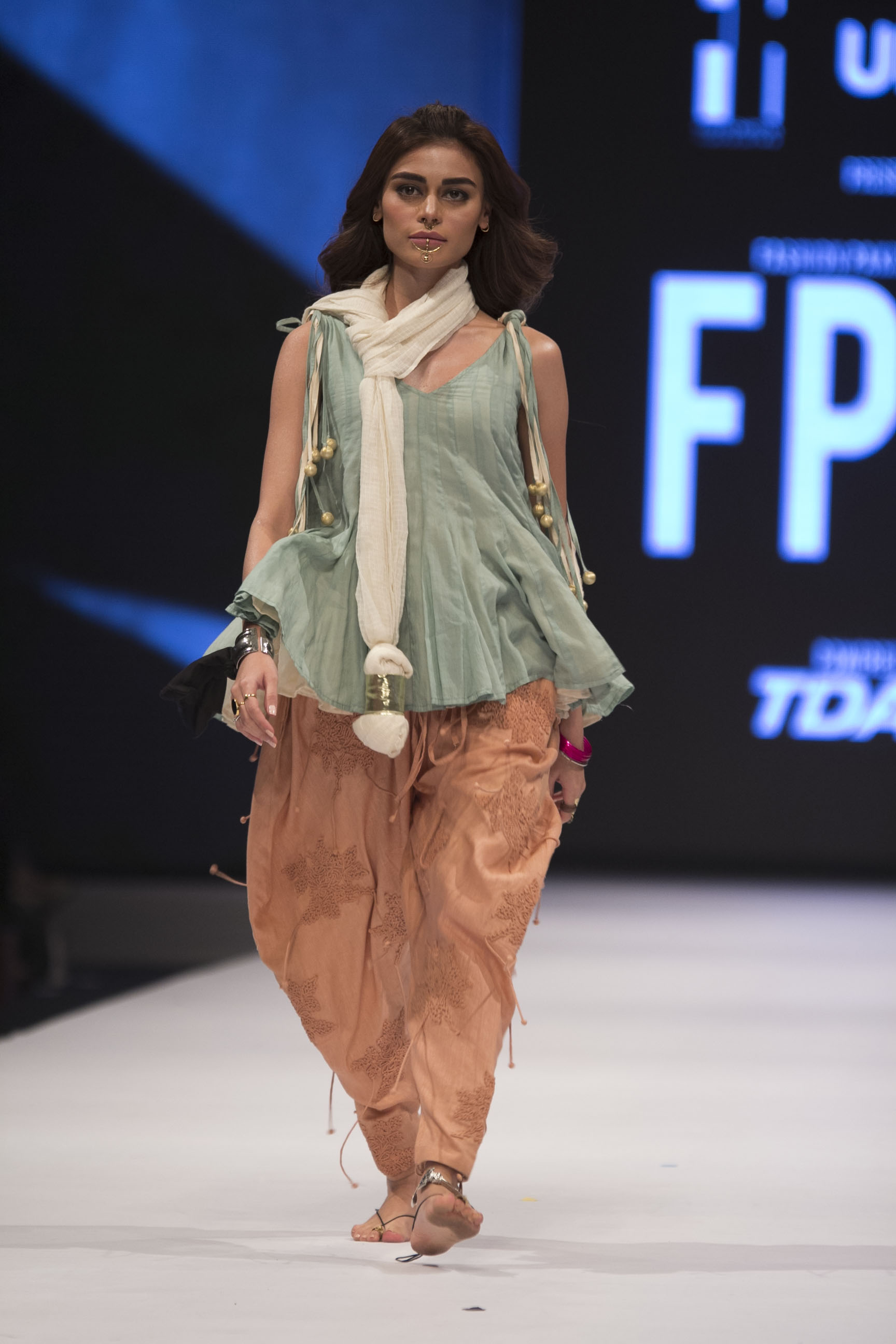 Inspired from artist extraordinaire Paul Klee's quote 'A line is a dot that went for a walk’, the collection was a celebration of movement and form that was the base characteristic of fabric itself. It explored the way fabric dances along the human form; how it clings, drapes and falls. The collection comprised of women’s wear exclusively, based primarily in cottons namely voiles, nets, dobbies, jacquards with a bit of tencel linen accented with gold tissue and velvet. The models exhibited cuts that deconstruct mainstream and traditional silhouettes, where everything from the kurta, kaftan, jama, shalwar and even the dupatta found new forms. The collections’ embellishments engaged appliqués, gota work and a reinterpretation of fringing. 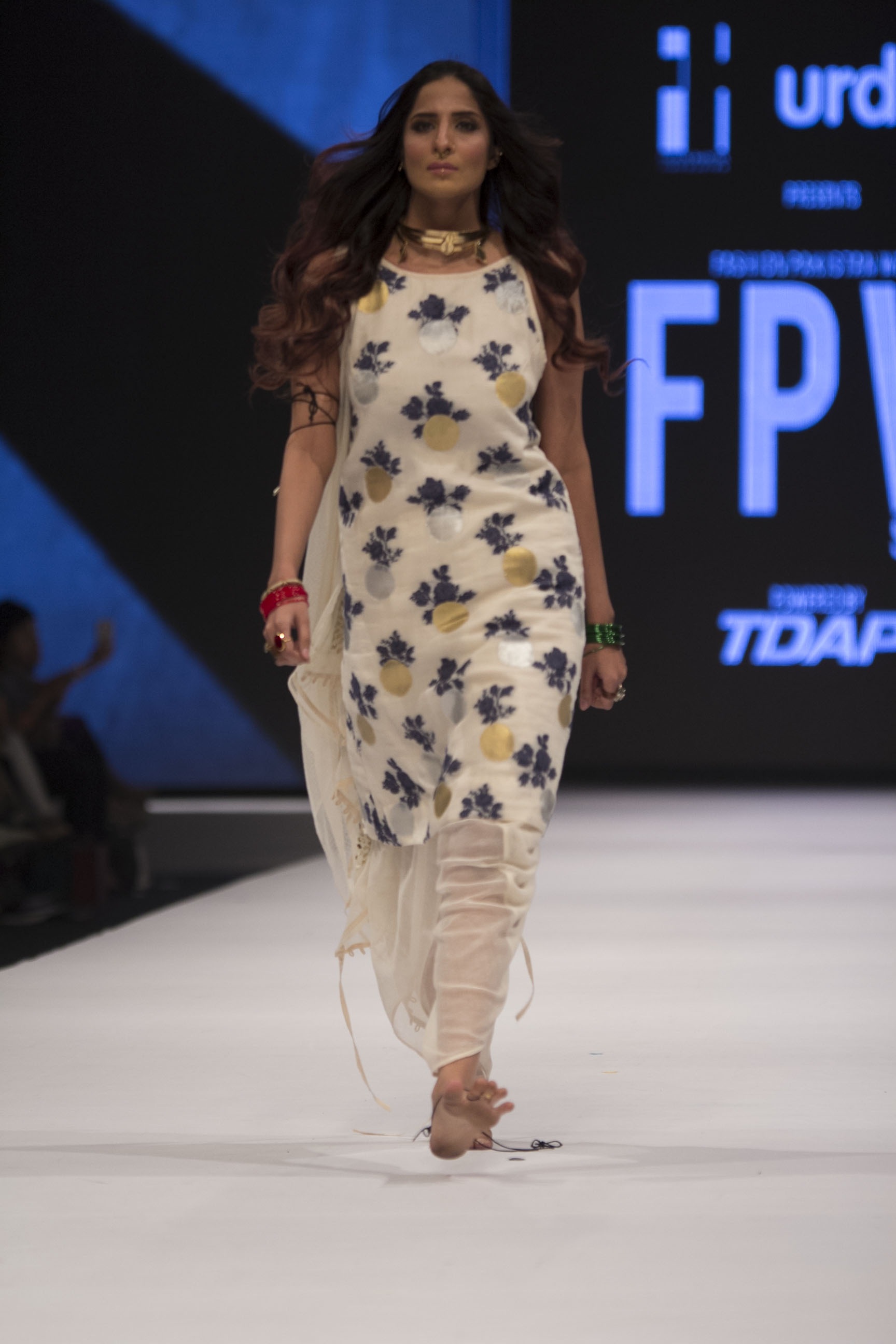 Additionally the colour palette whimsically invoked memories of a day well spent. Beginning with hues of a limpet shell sky, it incorporated shades of ivory and a muddled cloud grey gradually transcending into darker territories of the night, the collection met with various accents along the way with shades ranging from the vibrant to the alluring, notes of sunset pink, peach echo, turquoise and midnight blue, delicately holding the balance between the yin and yang. 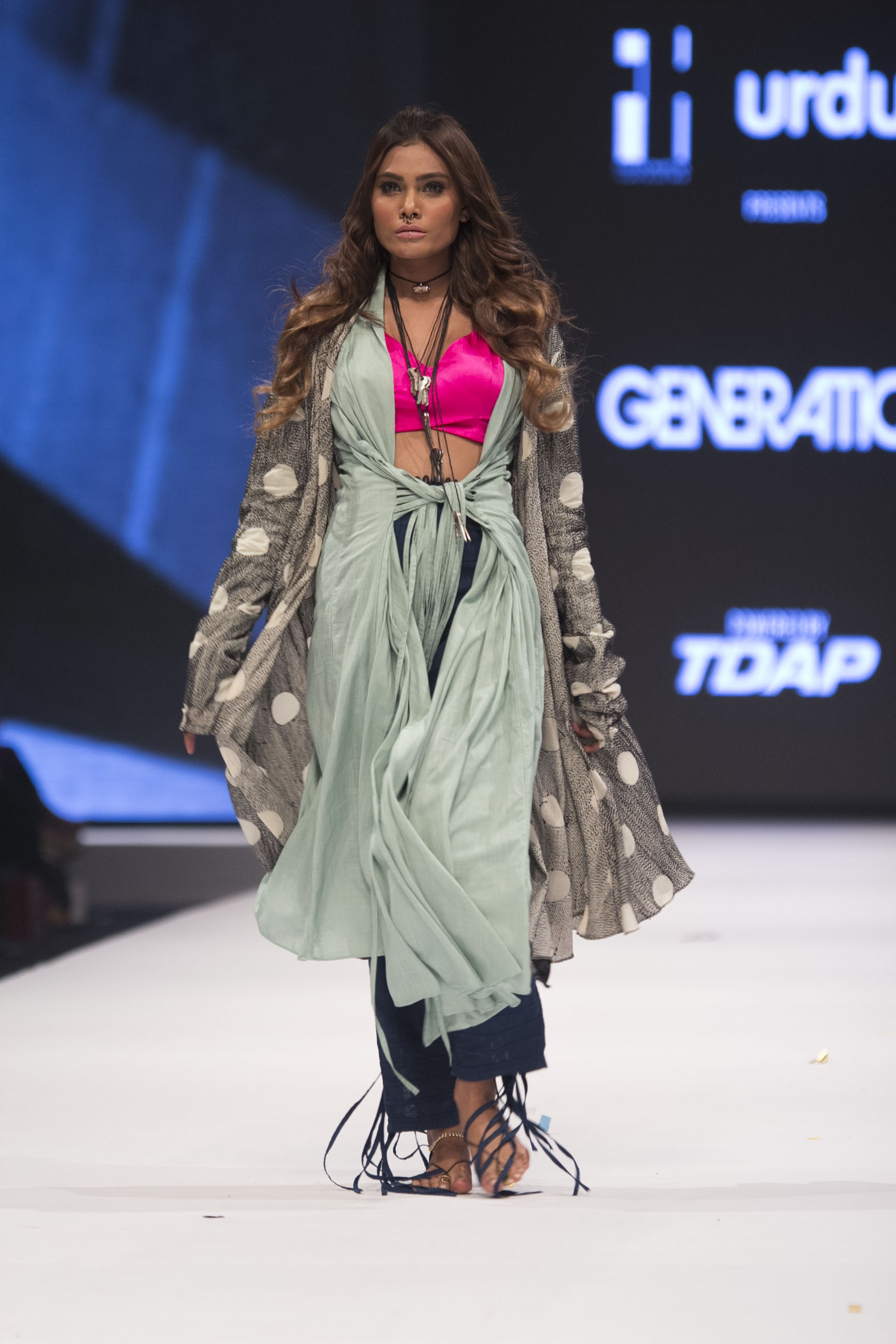 "This collection inspired by the dupatta which represents really the base of sub continental clothing like the kurta, the shalwar and the kaftan which are all cut from panels of the dupatta thus utilizing it in completion. The dupatta goes  for a walk in the city where it meets the gulaab. The collection documented the journey of these two characters." said Khadija Rahman. 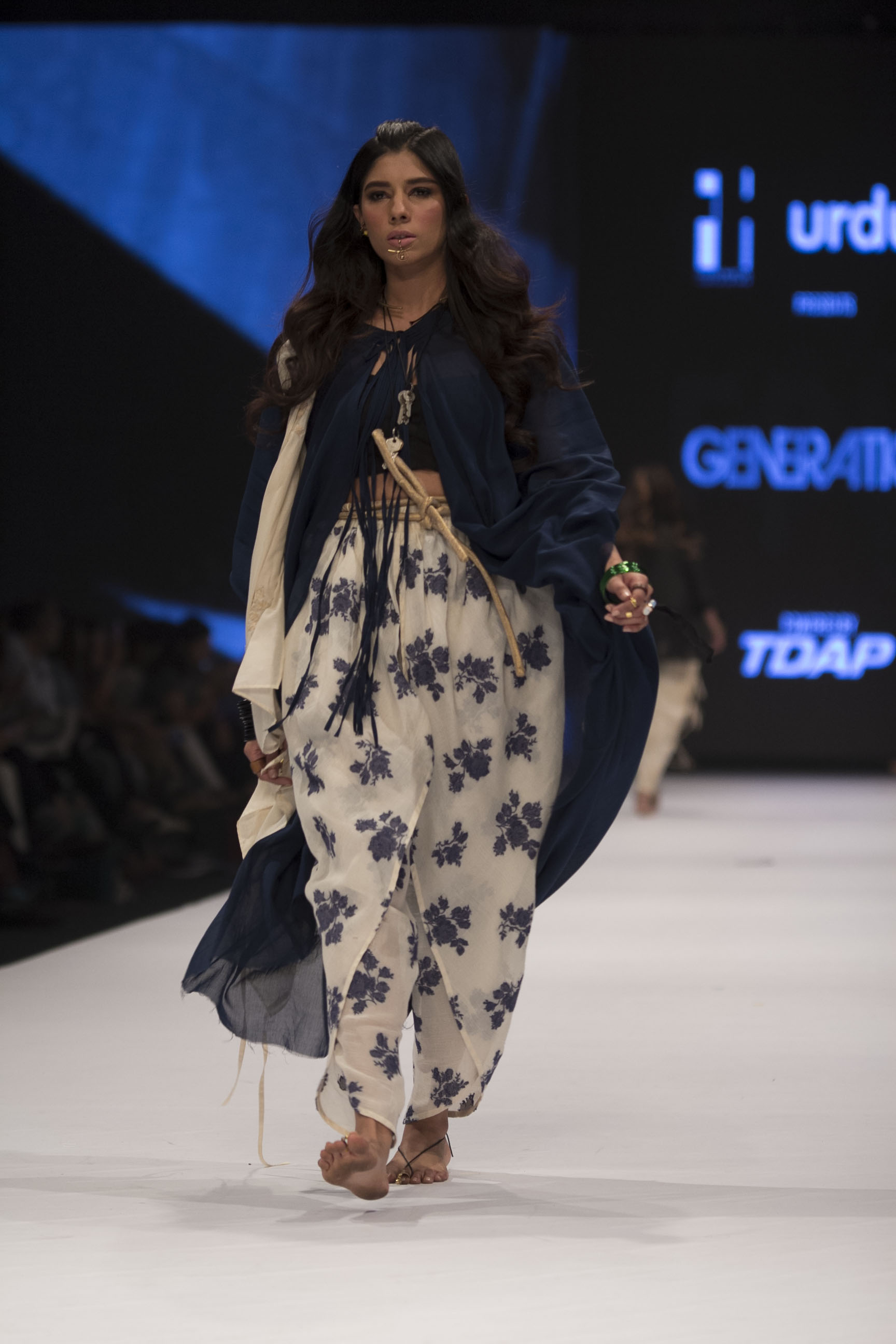 Khadija Rahman currently holds the reins to design direction at GENERATION. Interestingly for a long time she felt that she wasn’t the right fit for the job, being a bit of a dreamer she always felt a little out of place with the fashion scene, believing that she just could not relate. All that however changed once she went to London to pursue a degree in fashion at London College of Fashion. 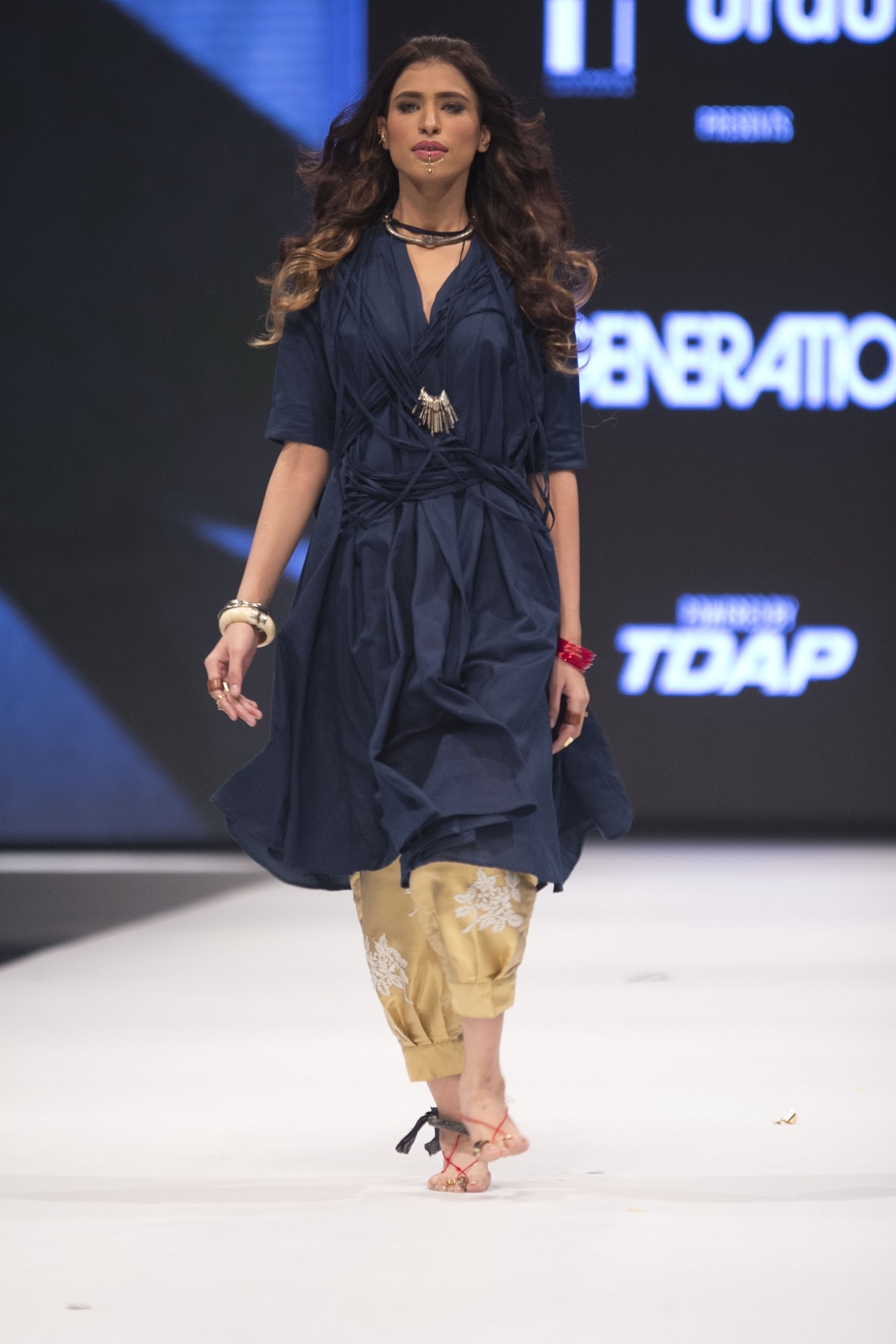 What she found particularly refreshing about fashion in London was how it raised from the streets, with designers finding inspiration from cult movements and translating it for the luxury market,  rather than vice versa as it happens in the rest of the world. With GENERATION being the brand for the everyday Pakistani woman she felt this ideology to be apt, hence she transcended on a fashion journey of taking risks and setting trends. 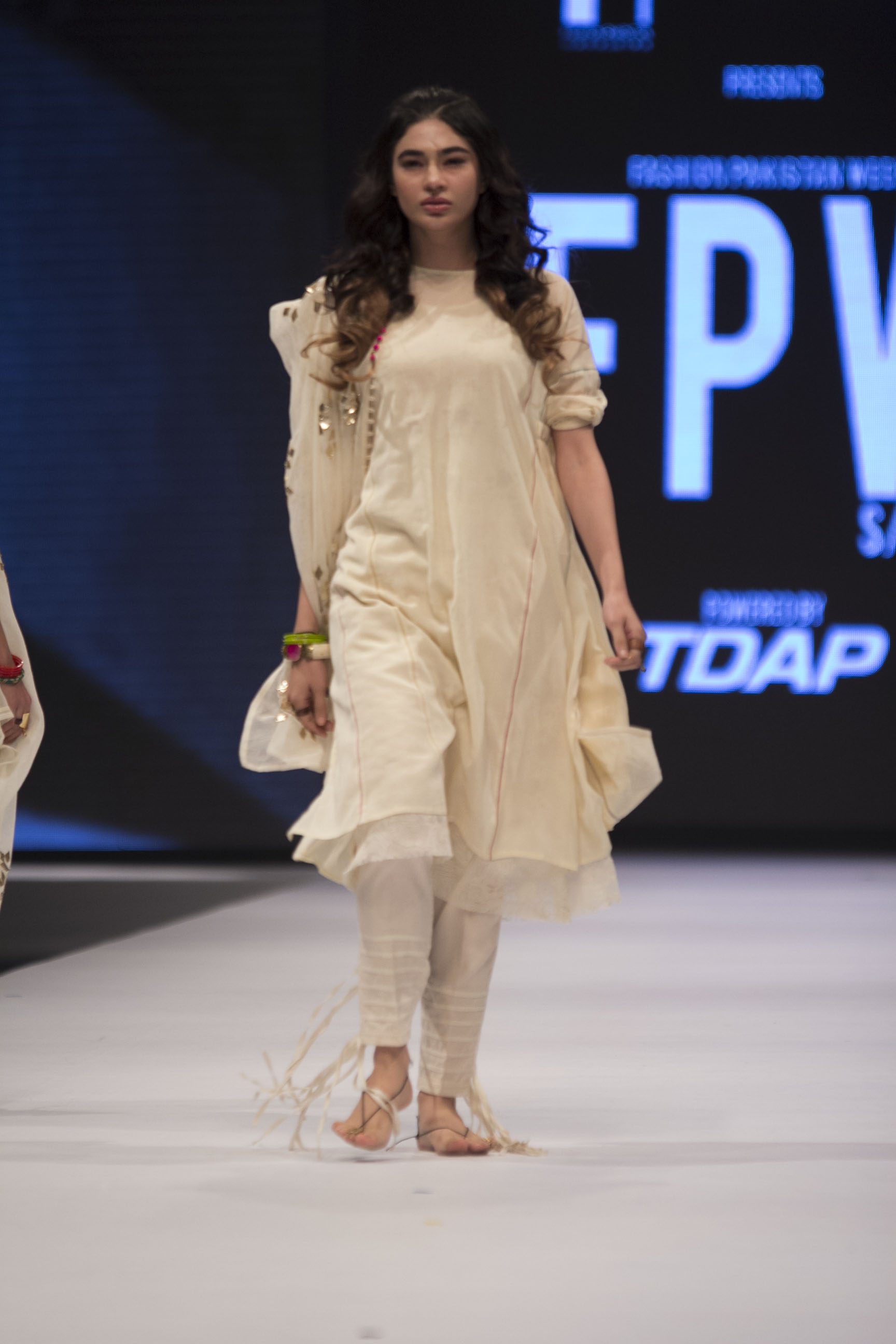 ‘A dot that went for a walk’ traces her strong affection for the drape and movement of fabric her interest in architecture and form. In many ways she may identify herself as ‘the dot’ with her love for the outdoors and her journey to rediscover the intrinsic quality of fabric. The collection in many ways signifies her finally opening up to the world. 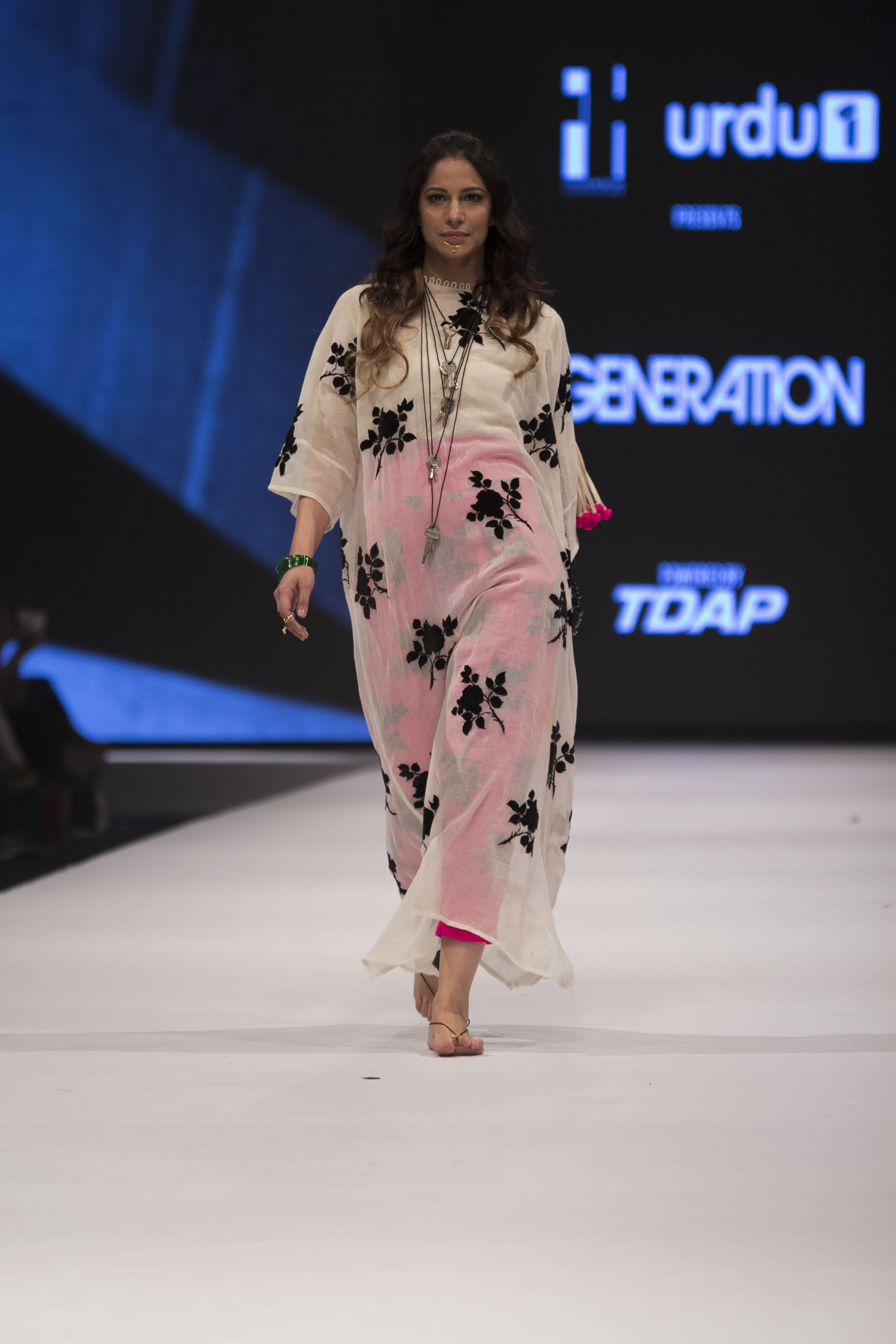 Indeed GENERATION today has not only culminated into a leading ready-to-wear woman’s clothing brand but since its inception has become an iconic symbol that holds a vision together: a woman who celebrates her family’s tradition with a permanent eye for innovation and creativity. 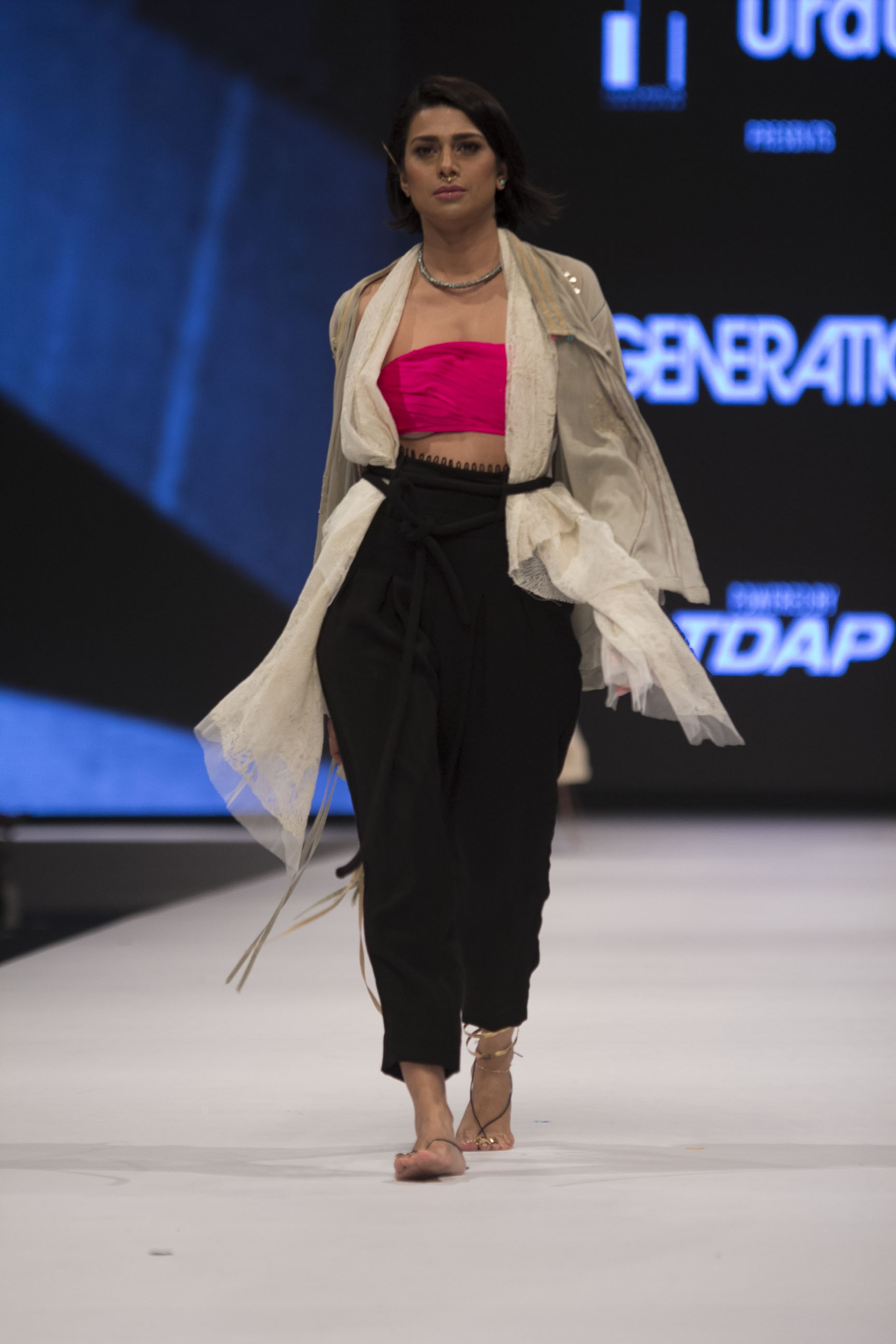 Pakistan’s pioneering ready-to-wear women’s clothing brand, GENERATION was founded in 1983 as the brainchild of the husband-wife duo comprising of Saad and Nosheen Rahman with a vision to cater to the clothing needs of the urban Pakistani woman. The brand is engaged in designing, manufacturing and retailing women’s wear in Pakistan. With stores in Lahore, Karachi, Islamabad, Rawalpindi, Peshawar, and Faisalabad, the clothing range is divided into the following lines; GENERATION Woman, GENERATION Formals, GENERATION Classic, GENERATION Basic, GENERATION Cottage, and GENERATION flo. GENERATION also has the distinction of winning two consecutive Lux Style Awards for Best Retail Brand – Pret in 2009 and 2010. In April 2014, the brand made its ramp debut at PFDC Sunsilk Fashion Week’s high-street platform and late last year launched their online portal. GENERATIONis also set to launch three new stores in 2016 in Lahore and Rawalpindi. 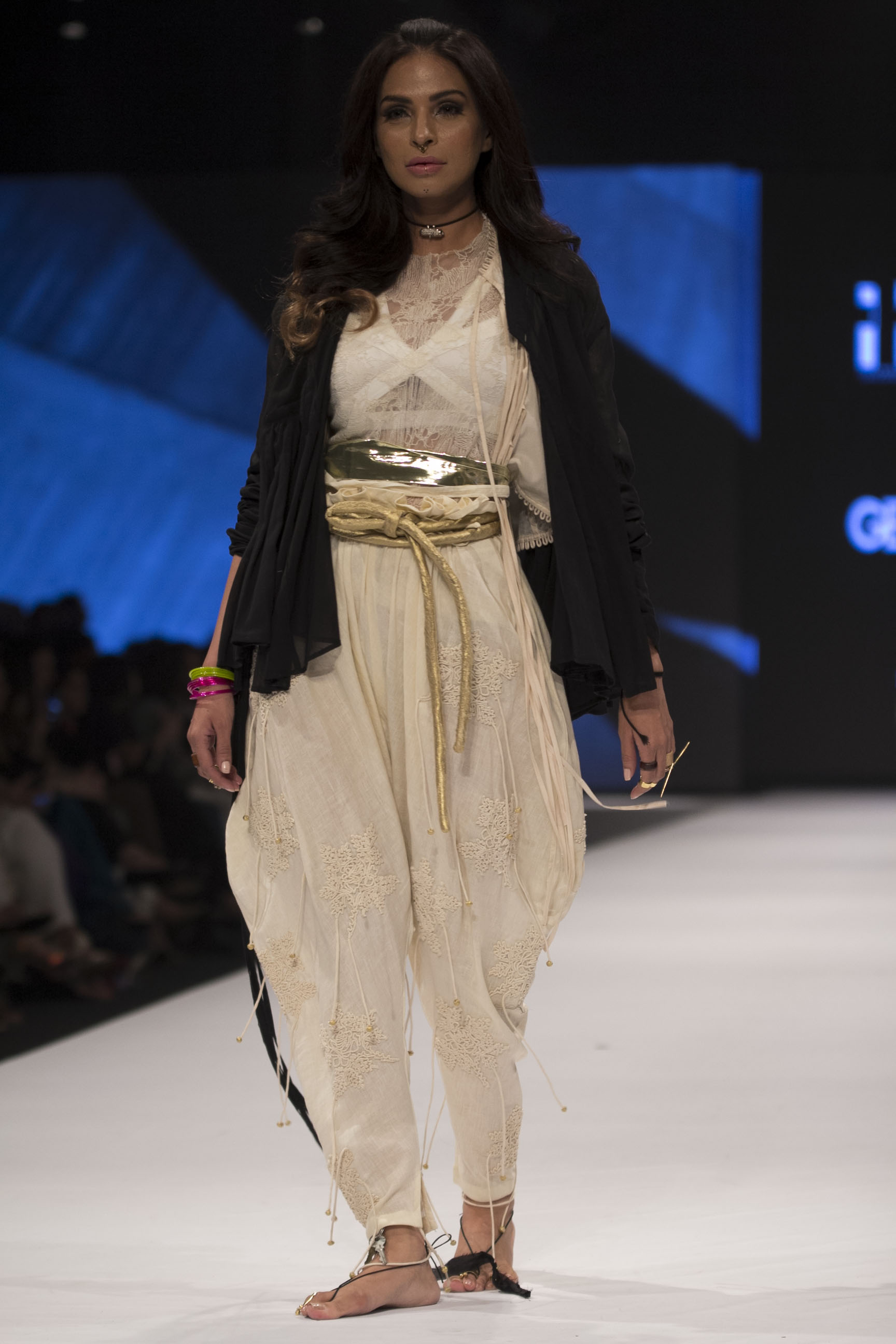 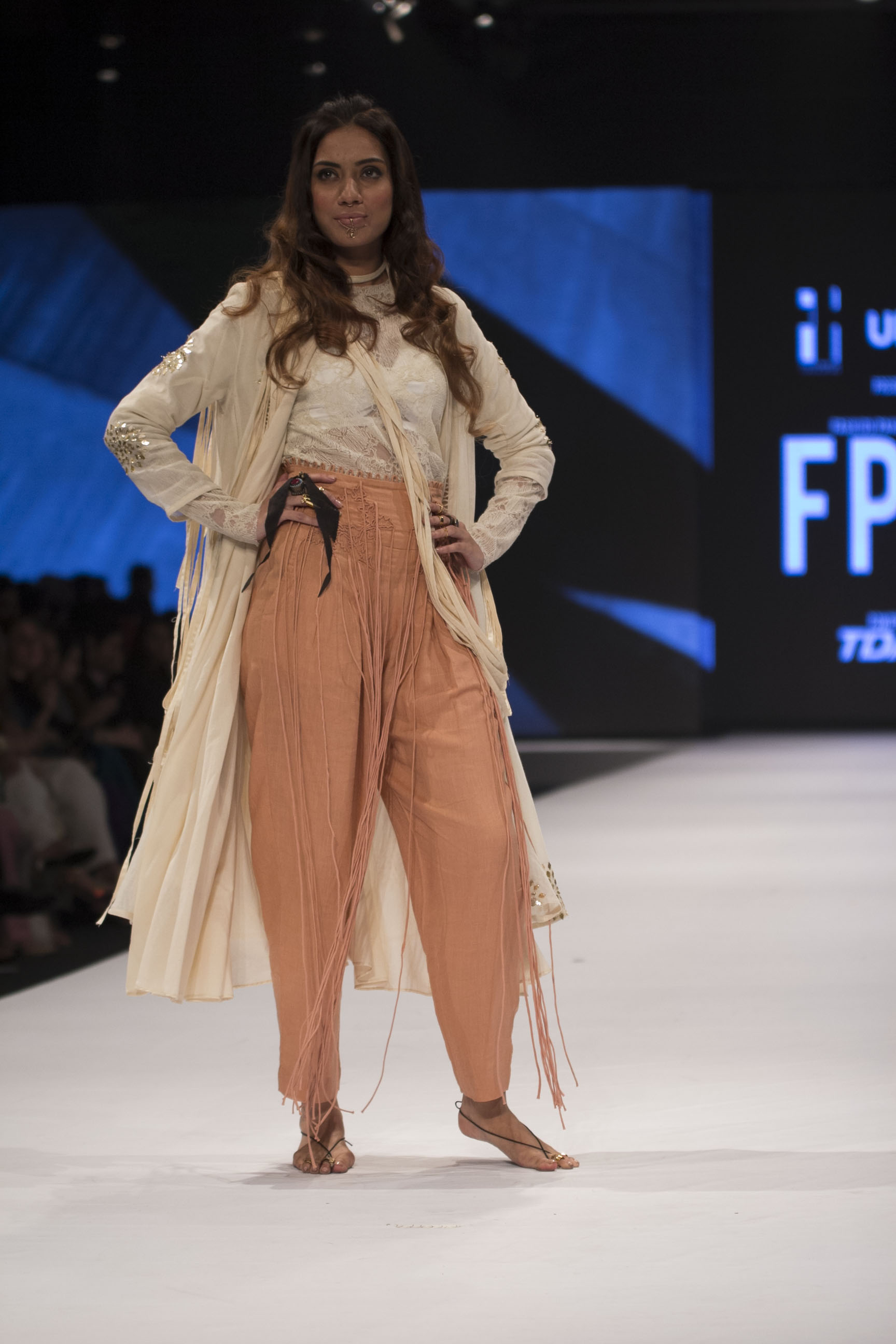 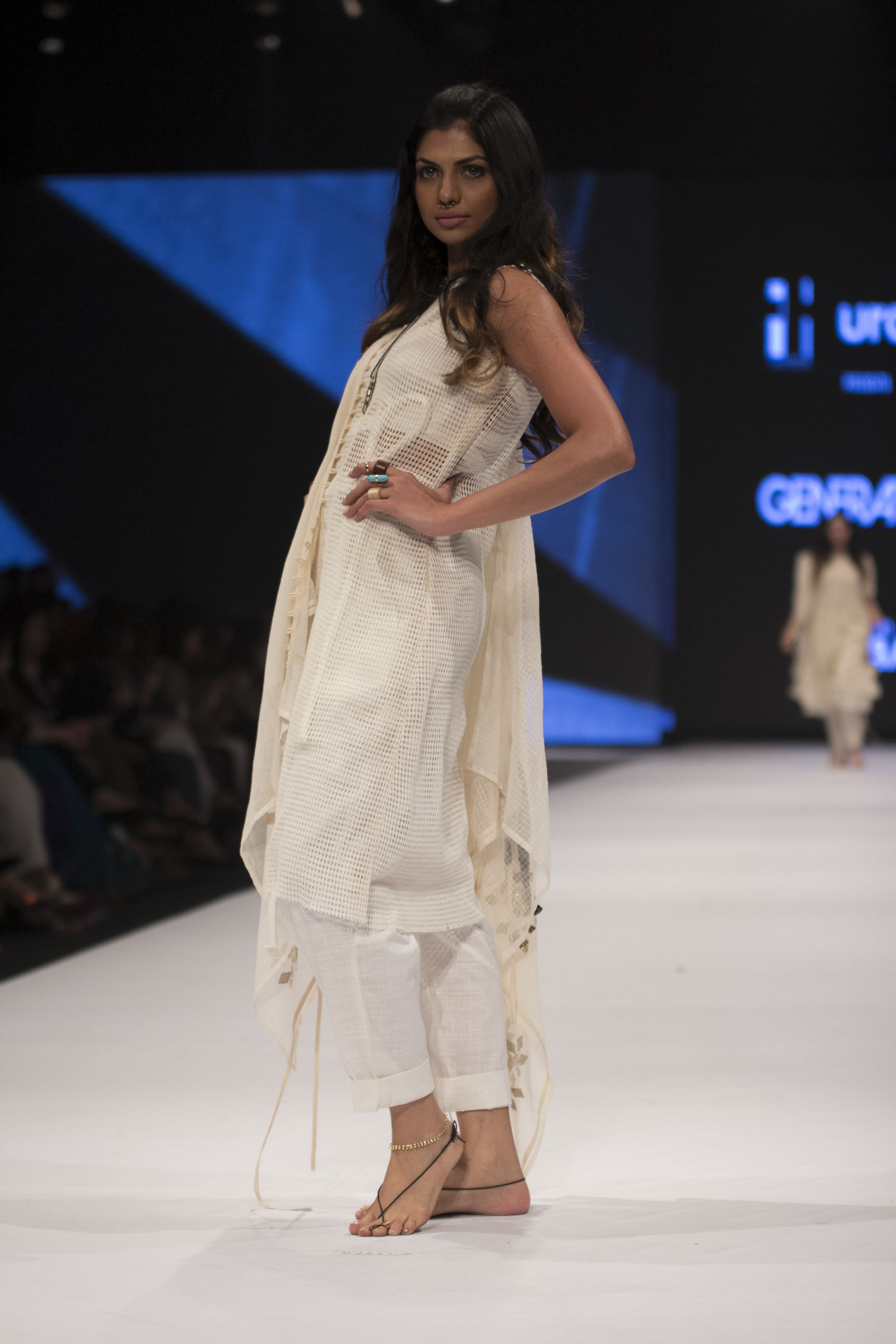