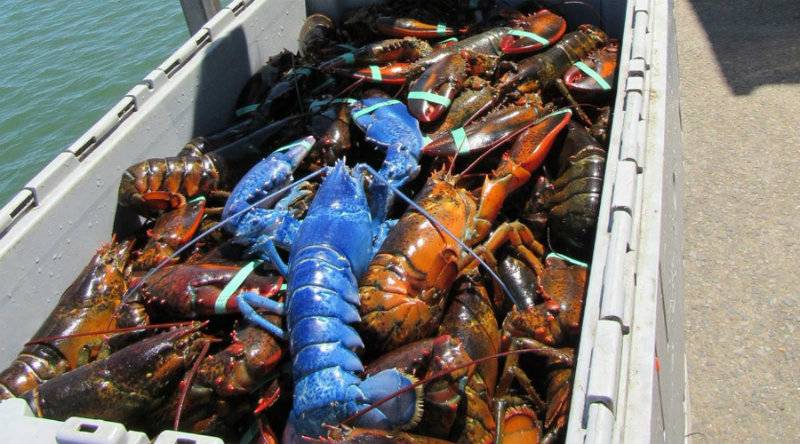 DEVON (Web Desk) - A fisherman got an exciting surprise in his catch earlier this week when he found a 2-pound lobster in his trap, the color of a sapphire. According to experts his catch is an extreme rarity, occurring in about one in two million.

Wayne Nickerson, owner and captain of FV Windsong in Plymouth, was the lucky fisherman who has been fishing for lobster for over 35 years, ABC reported.

“The lobster went to a nice cool tank so he wouldn’t die. He is fine…. healthy and happy,” Jan said in a comment on her Facebook photo.

Lobsters caught of the Atlantic coast don’t usually come this bright. Normally they are a murky, greeny-brown until they are boiled into an orangey-pink. This color is a more familiar for lobster diners from Ocean City, Maryland to Cape Cod, Massachusetts.

According to the Lobster Institute at the University of Maine, “only an estimated one in 2 million lobsters is blue.” But its executive director, Rob Byer, admits that is merely a guess.