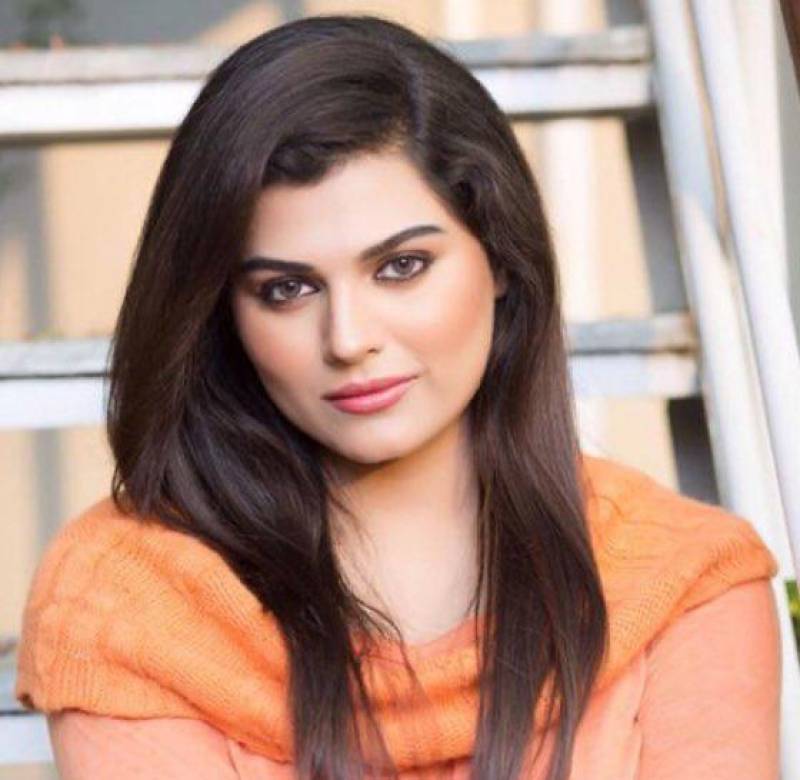 LAHORE — Senior officials of the Federal Investigation Agency (FIA) have disclosed that former PM Imran Khan’s Interior and Accountability advisor Shehzad Akbar used his influence to stop the FIA and the National Accountability Bureau (NAB) from pursuing the money-laundering case against the controversial actor and model Sophia Mirza.

The FIA officers have confirmed that evidence of money-laundering against Sophia Mirza, 44, was overwhelming but Mirza Shehzad Akbar stopped the FIA investigators from concluding the cases against the model.

The FIA announced that a four-member team, headed by an FIA deputy director, will conduct investigations into the matter but the case didn’t make any progress as Shahzad Akbar gained control of the FIA and the NAB under the PTI government. The FIA sources said the former Interior Advisor to the prime minister told the FIA officers to stop the investigation and shut down the case.

The FIA officials have confirmed that not only Sophia Mirza’s money-laundering case was dropped on Shehzad Akbar’s orders but the FIA was then asked to start cases against Sophia Mirza’s former husband Sheikh Umar Farooq Zahoor, Liberia’s Ambassador-at-Large for South Asia, who had a dispute with the model over the custody of their two daughters.

It has been widely reported now how Umar Farooq Zahoor was hounded by the FIA from 2019 till April 2022 over two cases in which he had already been cleared without any finding of guilt. Interestingly, the FIA started investigation into Mr Zahoor over any anonymous complaint. Shehzad Akbar took the complaint by a concerned Pakistani Khushbakht Mirza to the cabinet from where he got the permission and then immediately after that Mr Zahoor’s name was added in the ECL and international red arrest warrants were issued against him. Other than Shahzad Akbar and a few officials at the FIA, nobody knew that the complainant Khushbakht Mirza is actually the former wife of Umar Farooq Zahoor.

The money-laundering case is not the only case that makes Sophia Mirza amongst the most controversial Pakistani showbiz personalities ever including model Ayyan Ali who had faced a similar case and was imprisoned in Adiala Jail in 2015. Ayyan Ali had been charged with money laundering, for trying to smuggle $506,000 out of the country. She was arrested after customs officials recovered a huge amount from her luggage at the Islamabad’s Benazir Bhutto International Airport before she could board a flight to Dubai.

Sophia Mirza, the former ice-cream-parlour-assistant-turned-actress, has been in news for acts of kidnapping, theft and threats for many years. Like Ayyan Ali and Reema, Sophia Mirza has been in news for the police and legal disputes but nature of some of these allegations and cases is quite serious and scandalous and not just the usual showbiz trivia.

Sophia Mirza and her sister Mariam Mirza, who is a tennis player, were found guilty of kidnapping a student a few years ago.

A district and sessions court in Lahore in 2012 had found Sophia Mirza and her sister Mariam Mirza guilty of abducting Fatma who had testified in the court both sisters had kidnapped her. Fatima had alleged that both sisters promised her a lucrative job in showbiz industry but later on used her as a slave to do their domestic chorus. When Fatima wanted to leave, she was held against her will and tortured for several days by both sisters.

In September 2017, Lahore’s Judicial Magistrate of District Court Ahsan Raza had issued non-bailable arrest warrants for actress Khushbakht Mirza (alias Sofia Mirza) for being involved in a fraud case as the actress was not appearing before the court.

Recently, a court document from a United Arab Emirates record surfaced on media showing that Sophia Mirza had aborted her first baby in 2006 on the advice of her mother Nasreen Mirza. Sophia Mirza said in her written affidavit that her mother had forced her to abort her first baby in an Okara clinic because she was the only breadwinner of her family and having a baby would dimmish her prospects in the showbiz industry. Sophia Mirza shared that the abortion operation went wrong due to unprofessionalism and doctors in Dubai saved her life after her husband flew her to Dubai in emergency.

In 2007, the Dubai authorities recorded that Sophia Mirza had hatched a plan to rob her husband of his expensive belongings from the flat in .. where Sophia stayed with her husband until their divorce. Sophia Mirza made the robbery plan with an air-hostess and a hitman was to fly from Pakistan to attack Umar Zahoor if he arrived during the robbery. When the plan didn’t succeed and someone informed Umar Zahoor about the plan, the couple argued and Sophia Mirza attempted to stab him in the chest. Mr Zahoor managed to stop the stabbing in his chest but his two fingers were completely severed during the armed assault.

After the Dubai police got involved in the case, Sophia Mirza gave a written affidavit about her involvement in the theft conspiracy and assault with the knife. She left Dubai in 2007 and didn’t return to the country till 2017.