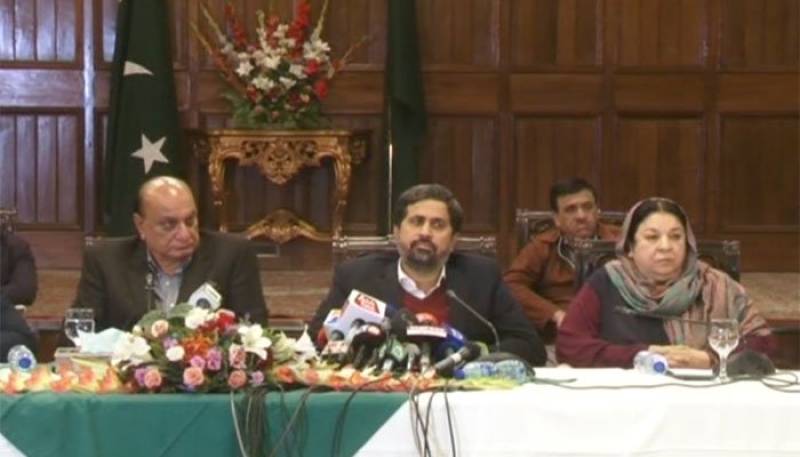 LAHORE - Punjab Law Minister Raja Basharat confirmed on Wednesday that as many as 39 people have been arrested in a crackdown following by lawyers's attack on a public hospital in Lahore.

A woman patient died and several other injured during the episode full with violence.

Raja Basharat talking to media said that an investigation has also been launched into dereliction of duty shown by police.

He said that the prime minister has taken notice of the incident and directed the Punjab government to take immediate action in this regard.

He said that if Chohan and provincial health minister Dr Yasmin Rashid were not present at that time more damage could have been inflicted.

Meanwhile, lawyers community has announced country-wide strike on Thursday against the arrest of their fellows.