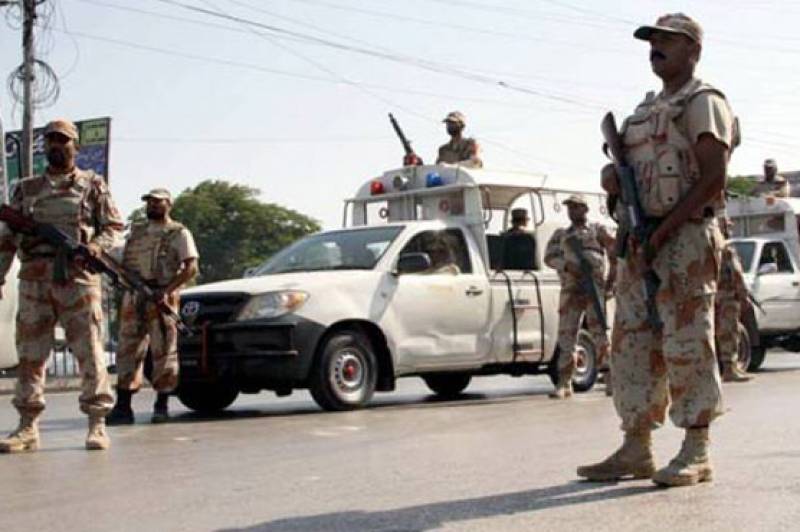 LAHORE - The government decided on Wednesday to deploy Rangers troops in the provincial capital for security reasons hours after an angry mob of lawyers attacked on the Punjab Institute of Cardiology (PIC) in a row with doctors.

A notification issued by the interior ministry say that 10 platoons and two companies of the paramilitary force have been deployed at different locations in the city.

They, according to the official order, have been deployed at the Governor HOuse, Lahore GOR I and II, GPO Chowk Mall Road, Punjab Assembly, the Supreme Court Registry, Lahore High Court, Civil Secretariat, Aiwan-e-Adal and the IG office.

A platoon of the security forces will also be deployed at the PIC. 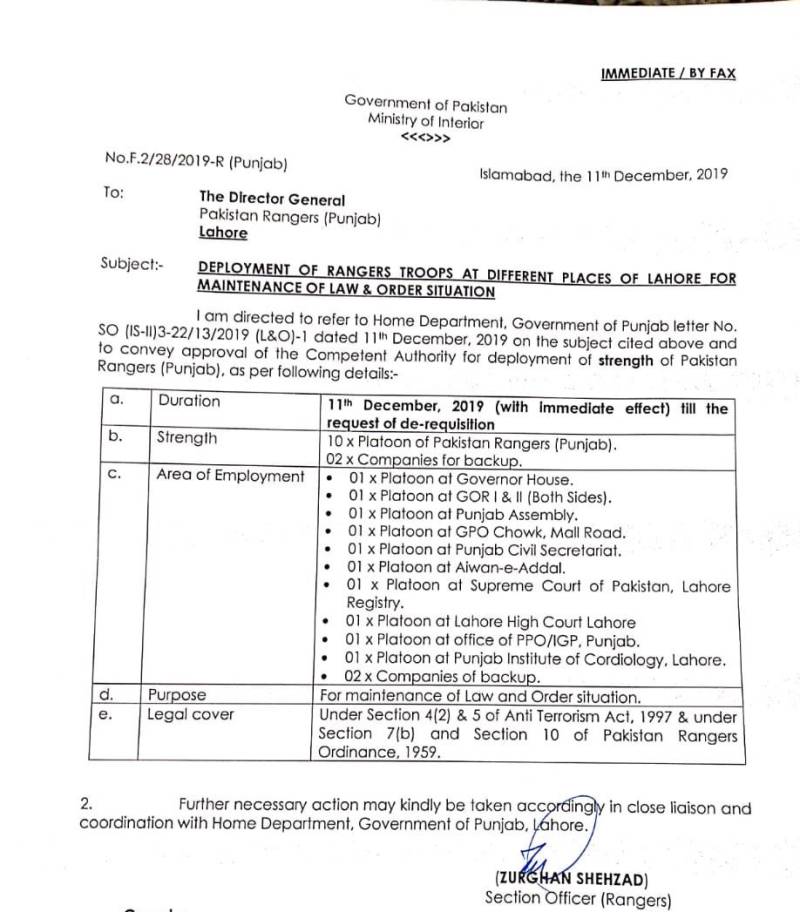 Earlier today, a group of lawyers broke into the emergency ward of the medical facility. The incident happened following alleged torture on a lawyer by doctors a few days ago.

According to media reports, the enraged lawyers broke windows of the emergency ward and several vehicles parked nearby the hospital.

People at the hospital have been forced out into the lawns and patients have been left unattended. Doctors, paramedic staff and nurses either escaped or have been locked inside rooms. At least four patients died during the violence.