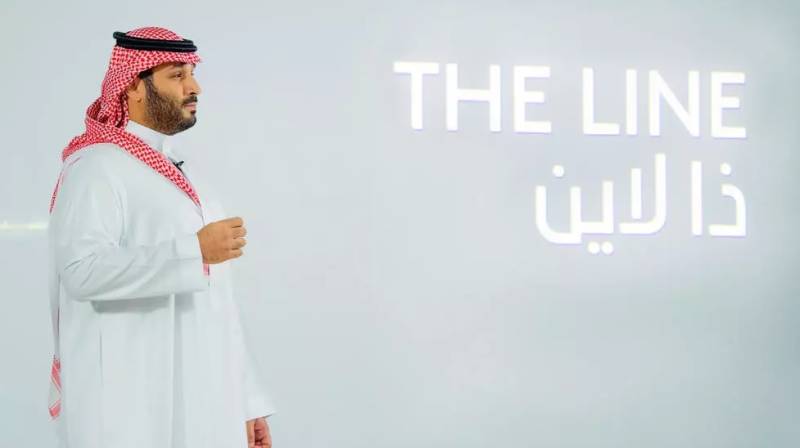 The futuristic city will be a model for how urban communities should be in future. With a balance between life and nature, the sustainable city will be built around greenery and will be without cars or roads.

“We need to transform the concept of a conventional city into that of a futuristic one,” said MBS in his televised launch of the plan.

Construction on The Line is set to start within the first quarter of this year. It will be the first major step in developing the Saudi futuristic NEOM business zone. A 170km belt of hyper-connected future communities, The Line city will include cognitive, interconnected communities enhanced with artificial intelligence within an environment without noise or pollution, free of vehicles and congestion.

The eco-city with “zero cars, zero streets and zero carbon emissions” will have the capacity to house one million residents, and will have facilities like schools, health centres and green spaces.

NEOM is a flagship $500 billion project in north-western Saudi Arabia, which will be built from scratch on a 26,500-square-kilometre area and link Jordan and Egypt via Saudi territory.

JEDDAH - In an unprecedented move, a Saudi woman drove a Renault Formula One car around the French Grand Prix circuit ...