Last week, Palau received its first batch of 2,800 Moderna vaccines which will be administered in two doses 28 days apart 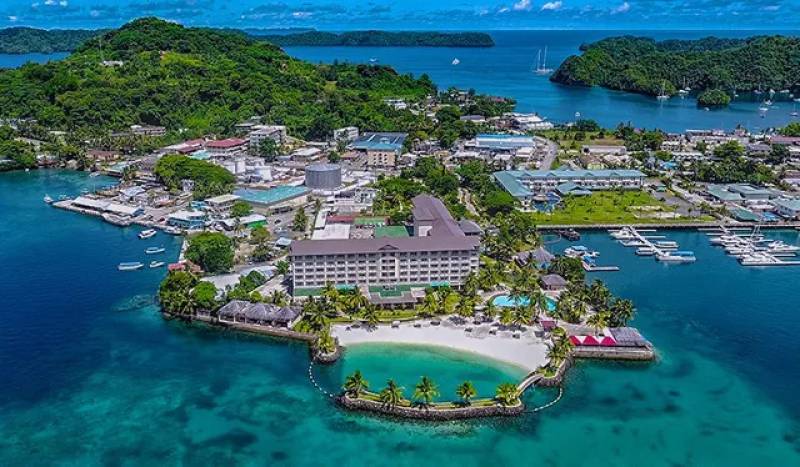 Palau, an island nation of 18,000 is set to become the first nation in the world to immunise its entire population against the coronavirus by April 2021.

Palau is a nation spread over hundreds of little islands in the Pacific Ocean east of the Philippines. It is associated with the US in a “free association” agreement and will have the US Operation Warp Speed to thank if it succeeds in vaccinating its population in the stipulated time.

Although Palau did not have a single case of Covid-19, it is still pushing for the vaccination to keep its record as such. Last week, the country received its first batch of 2,800 Moderna vaccines which will be administered in two doses 28 days apart. According to the step-wise vaccination plan, healthcare workers and other frontline personnel will be the first to receive the vaccine, followed by those above the age of 75 and those with underlying medical conditions.

Incumbent Palauan President Tommy Remengesau Jr thanked the US for its support and said, “We are small so there’s always that apprehension that maybe we would be the last in line,” he told the Island Times. “But now that it’s here and now that we see eventually 80 percent of the people can get vaccinated, I am very fortunate and excited.”

Thank you President Tommy Remengesau Jr. for leading the nation in getting the COVID-19 vaccine! ???????? #vaccinatePalau

Posted by Ministry of Health - Republic of Palau on Monday, January 4, 2021

Palau’s Ministry of Health said last month that it hoped nearly all of the population could be vaccinated by April, though Palauan Ambassador to the United States Hersey Kyota said Tuesday that the plan was contingent on how fast it could get doses from the United States.

That time frame could make Palau one of the first countries to be almost fully vaccinated. Israel, which has rolled out an ambitious plan with a goal of 150,000 vaccinations a day, is on a similar schedule, while the Vatican, the smallest country, is hoping to vaccinate most residents this month.

Sylvia Osarch, 60, a doctor of geriatric medicine, was the first person in Palau to receive the vaccine on Sunday, reported Solomon Times.

“I felt excited to set an example for my community,” she said. “I want to tell the community that I took the vaccine to protect them. So when it is their turn to take it, please take it to protect us, the health care providers.”

Palau had closed its borders in March 2020 and had started testing its citizens for the coronavirus by April.

ISLAMABAD – Pakistan has established its first coronavirus vaccination centre in Taralai area of the federal ...