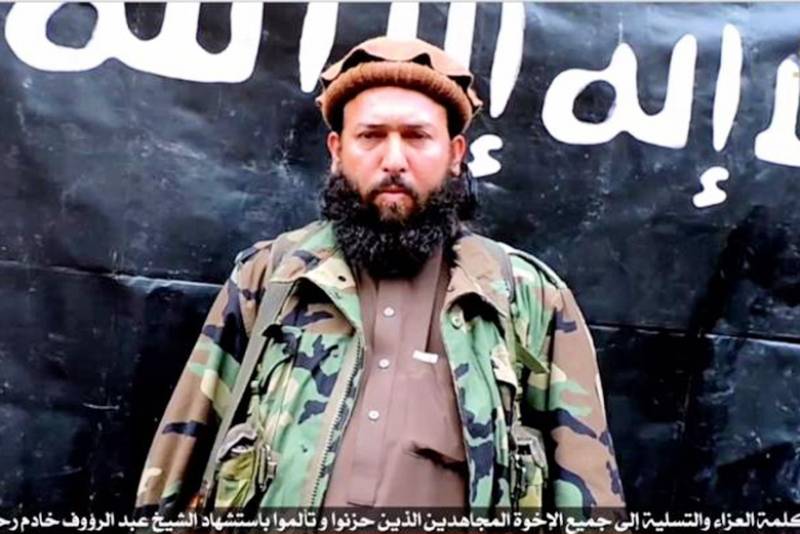 KABUL (Staff Report) - Hafez Sayeed, a leader of Daesh for so-called Khurasan  - a state Daesh announced for the region - has been killed in an air strike in eastern Nangarhar, said the Afghan intelligence agency on Saturday.

Sayeed was killed along with 30 others in the drone strike in Achin district of Nangarhar, the National Directorate of Security (NDS) officials told TOLO news.

This was the third and the biggest attack against Daesh in less than a week after Gull Zaman, the group's number 2 in Afghanistan, was killed along with his deputy, Jahanyar, in a drone strike in the same district.

Also, Mawlavi Shahidullah Shahid, a former Tehreek-e-Taliban Pakistan (TTP) spokesman and the first one to pledge allegiance to Daesh in Afghanistan, was killed on Thursday in a similar attack in Nangarhar.

Pakistani Taliban sacked Shahid as its spokesman last year in October after he sworn allegiance to Daesh along with five other TTP commanders.

Daesh, which has seized large cities in Iraq and Syria, have been dramatically growing in Afghanistan as scores of Taliban and other militants have sworn allegiance to the extremist group.

Recently, the Afghanistan Ministry of Interior Affairs (MoI) announced the establishment of a joint unit aimed at heightening coordination among security institutions to more effectively combat Daesh affiliates in Afghanistan.