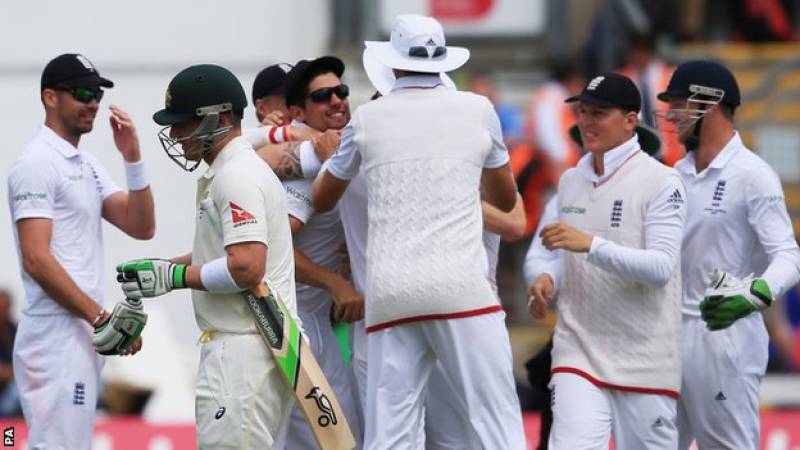 CARDIFF (Web Desk) - England romped to a crushing 169-run victory over Australia in the first Ashes Test to take a 1-0 lead in the series.

Chasing an unlikely 412 to win, Australia lost four wickets for nine runs in 35 balls either side of lunch and were bowled out for 242 one hour after tea in Cardiff.

And, following a brief lower order rally, Joe Root showed his golden touch to take two of the last three wickets, including Mitchell Johnson for a spirited 77.

The win is a huge fillip for England, who lost the last Ashes series 5-0 down under and have only won one of their last five Test series.

Having been reduced to 43-3 on the first morning, they rebounded to produce four days of high-class, aggressive cricket in their first match under Australian coach Trevor Bayliss.

Australia, strong favourites to retain the Ashes before the series, now have only five days to recover and reassess their tactics before the second Test starts at Lord's on Thursday.