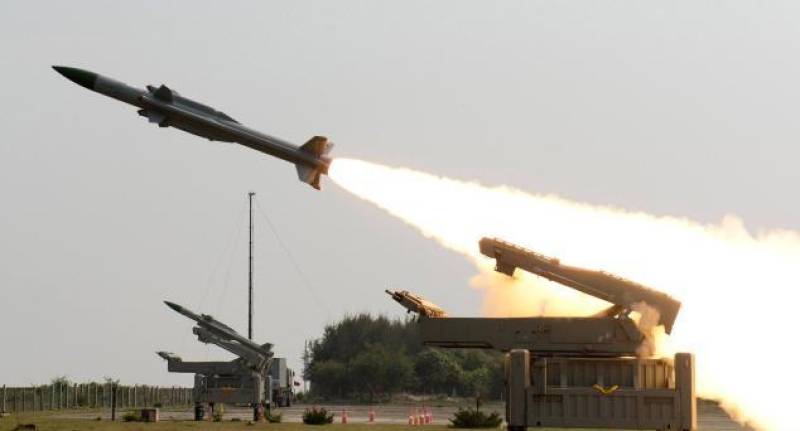 GWALIOR (Web Desk) - The indigenously-developed supersonic surface-to-air missile "Akash" that can target aircraft up to a distance of 30 km, was formally inducted in the Indian Air Force (IAF) the other day by defence minister Manohar Parrikar.

IAF has given an initial contract for eight squadrons of Akash defence system. Each squadron has two firing units with four launchers. Each launcher has a capacity to fire three missiles in quick succession. 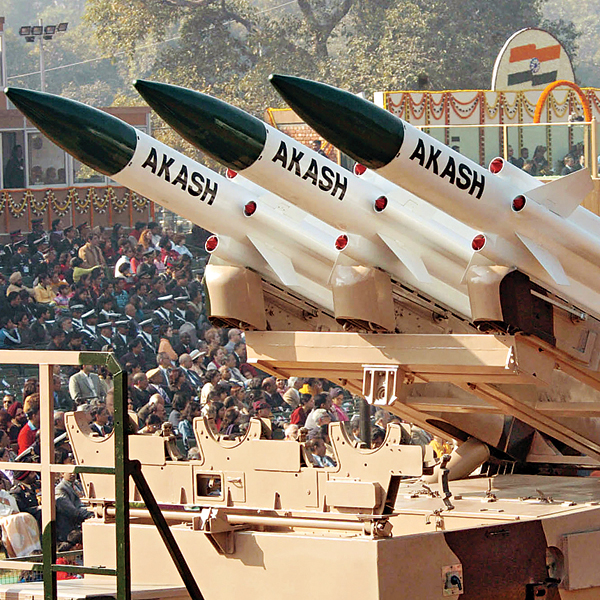 The missile system can target aircraft up to 30 km away, at altitudes up to 18,000 metres. It has the capability to neutralise aerial targets like fighter jets, cruise missiles and air-to-surface missiles. 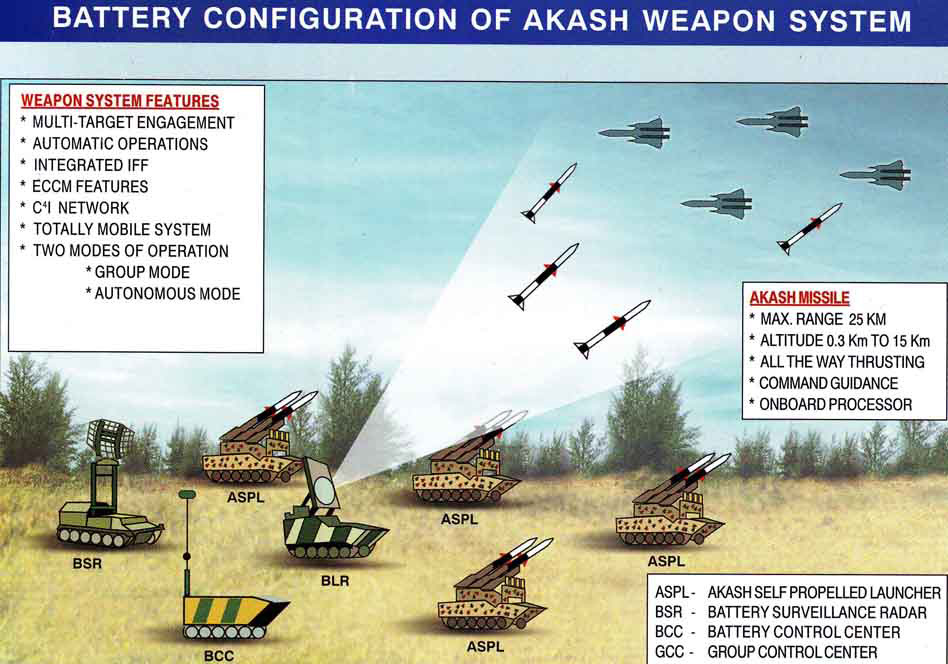 The Akash system has been developed by the Defence Research and Development Organisation (DRDO)and Bharat Electronics Ltd (BEL) is the production agency.

Akash has already been deployed by IAF at its bases in Gwalior, Hashimara, Tejpur, Jorhat and Pune. The deployment started in 2013

"It is pertinent to note that Akash is the first made-in-India missile system and is a hallmark of sustained and focused jointmanship between DRDO, BEL, private sector and more importantly the IAF," a statement by the IAF said.

Air Chief Marshal Arup Raha, who formally received the 'key' of the Akash system from Parrikar, said that a total of 27 missiles had been fired after inking of the contract, to ascertain the serviceability of the system in various conditions and a high success rate had been achieved, the NDTV reported. 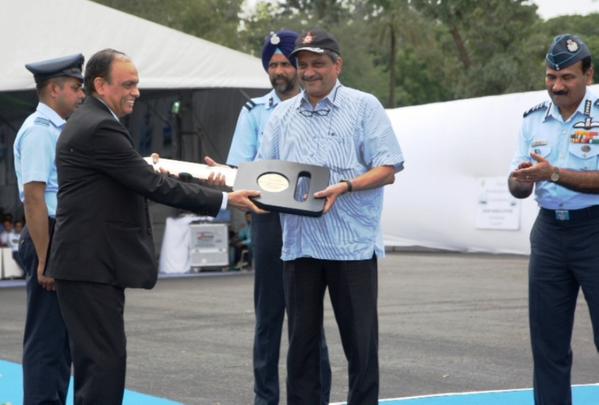 He said that plans were afoot in the IAF for procurement of additional Akash systems. 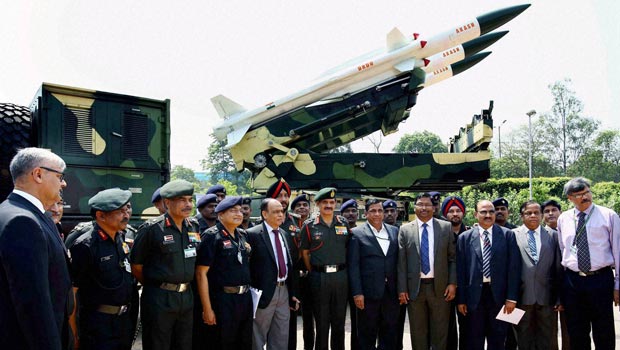 Indigenous development of Akash system has given impetus to the defence industrial base of the country and generated business of more than Rs 20,000 crore, it said.

Akash is the outcome of successful partnership between DRDL, the nodal lab in DRDO, along with 13 other DRDO labs, 19 public sector units, 5 ordinance factories, 3 national laboratories, 6 academic institutions and more than 265 private industries across the country.