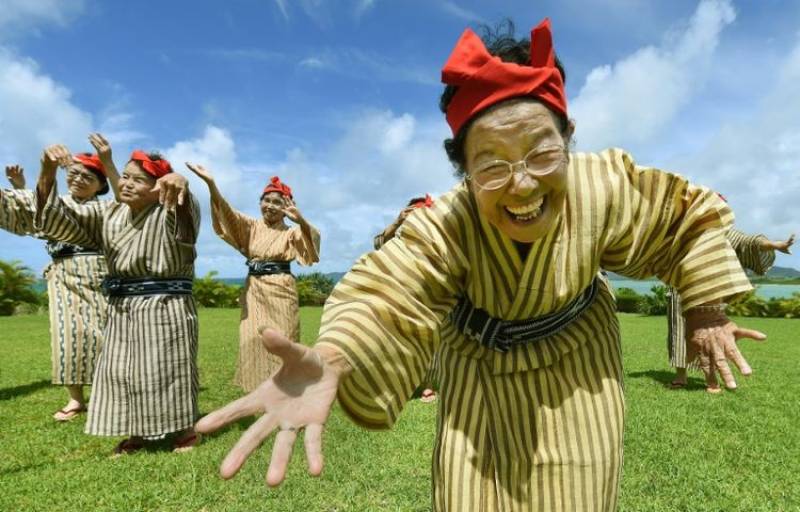 OKINAWA (Web Desk) - The world's unique 'girl band' from Japan with average age of 84, has become pop idols in the country, reports The Guardian. 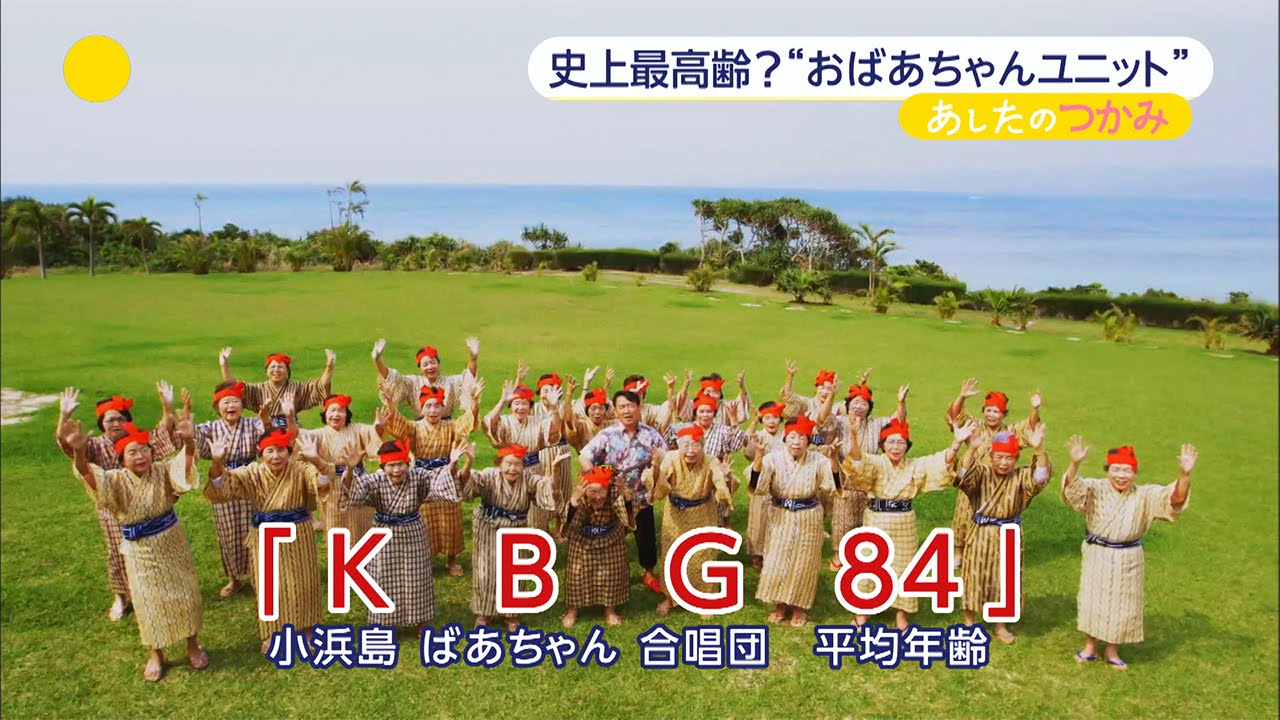 Hailing from the remote, coral-fringed island of Kohama in Okinawa, the band, KBG84 admit to being slightly bemused by their success after cutting their first disc and completing a sellout Japan tour. 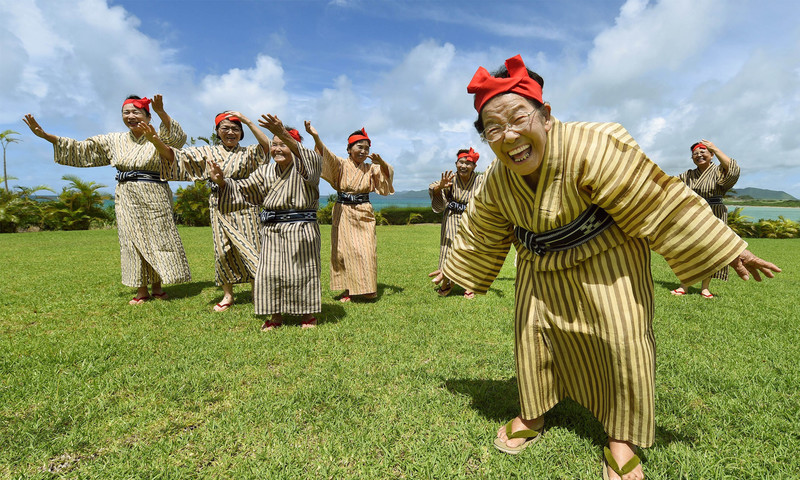 "When I first heard someone call us ‘idols’ I thought an idol meant someone who had lived a long life and was at the gates of heaven," said Tomi Menaka, 92-year-old member of the band. 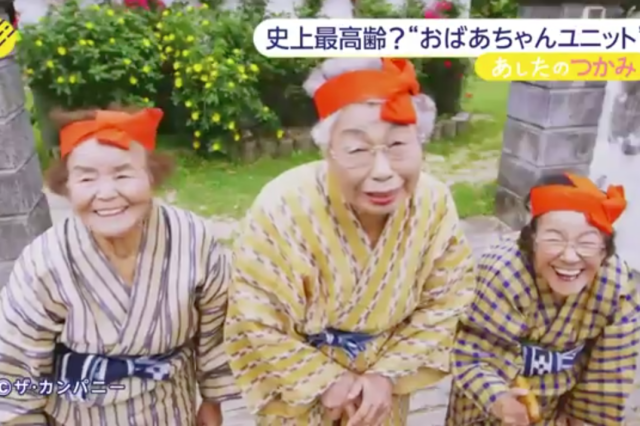 "But in Tokyo they told me it was an entertainer – which was a relief because I thought it meant I was on my way to heaven," she added, as her fellow group members collapsed in fits of giggles. 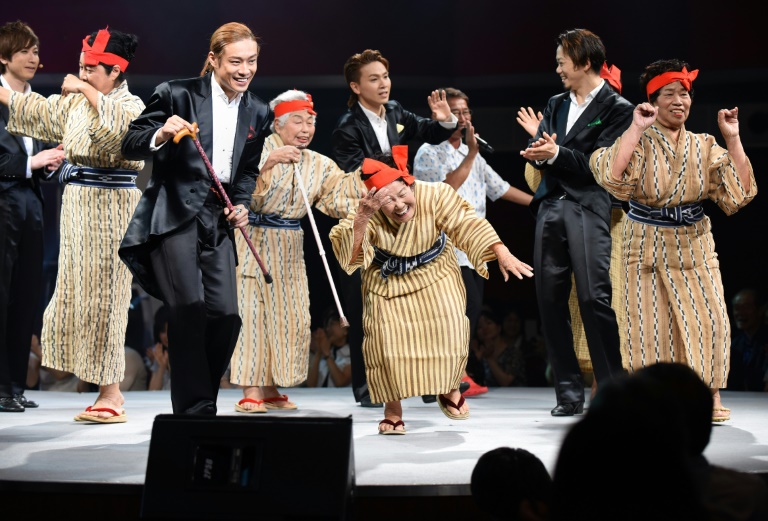 The 33-strong troupe of singers and dancers has released a single called "Come on and Dance, Kohama Island."