Bahamas, Bahrain, other countries warn against US travel after surge in police-on-black violence 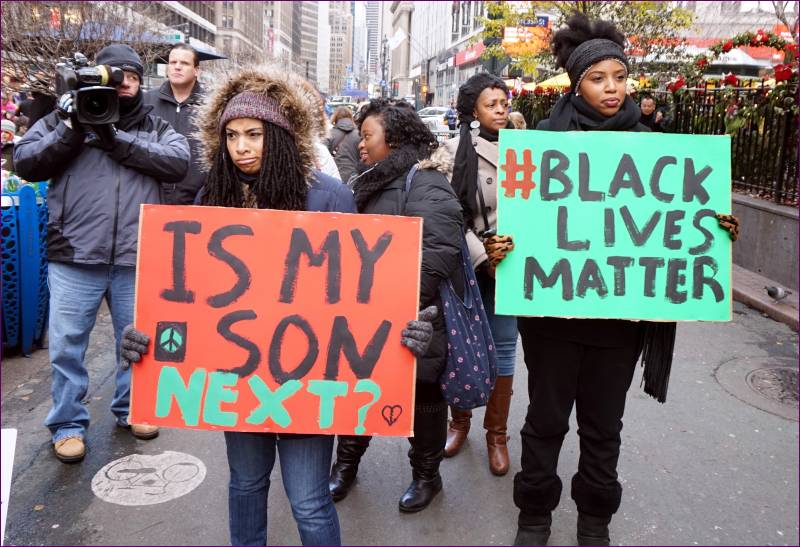 After another surge in police violence on the black community and black rights activists in different American cities, countries including the Bahamas, Bahrain and News Zealand over the weekend issued warnings to citizens traveling to the United States (US), which are ironically similar to the numerous travel advisories put out by the US State Department in relation to other countries.

The Bahamas' Ministry of Foreign Affairs issued a statement warning its citizens, 90% of whom identify as black, according to the 2010 census, about the dangers of traveling to the US, saying it had "taken note" of the "recent tensions in some American cities over shootings of young black males by police officers."

Racial tensions were inflamed in the US over the past week after police shot Alton Sterling and Philando Castile during routine vehicle stops or checks, even though both young African-Americans had reportedly surrendered to the police.

The situation got worse when an African-American ex-services gunman opened fire on Dallas police officers during a peaceful protest in response to the earlier shootings. Since then, stand-offs between police and blacks rights activists protesting the surge in police brutality have become increasingly hostile, with more than 200 protesters being arrested nationwide.

The Bahamian travel advisory comes in response to the present situation, and in anticipation of the public holiday on the country's Independence Day, for which many citizens plan short vacations to the nearby US.

However, the Bahamas was not alone in highlighting its concerns for citizens travelling to the US. On Saturday, the Bahrain Embassy in Washington, D.C. tweeted a warning to its citizens to exercise caution around the protests; the United Arab Emirates issued a similar warning via a special alert.

New Zealand, over the weekend, also issued an advisory note about civil unrest akin to the warnings issued by Bahrain and the U.A.E., stating, “We recommend you avoid all protests and demonstrations as on occasion civil disorder can result.”

Similarly, the government of Australia broadly noted that visiting Australians merely needed to observe normal safety procedures, while also specifically highlighting concerns around the 2014 protests against police aggression. "Australians should avoid locations where protests and demonstrations are taking place, observe any restrictions on movements or curfews set by local authorities, and monitor the media for the latest developments," said the statement.

The tone of these recent warnings mimics numerous U.S. State Department warnings against travel to countries like Venezuela, Haiti, Burundi, the Democratic Republic of the Congo, and others, all of which contain some variation of the statement, “Demonstrations, gatherings, and even sporting events that are intended to be peaceful can turn violent without advance warning. U.S. citizens should routinely monitor local media sources and the Internet for reports of demonstrations and unrest, and avoid political rallies, demonstrations, and crowds of any kind.”