Did Imran Khan threaten to kidnap Edhi? The answer is more unfortunate than you might think 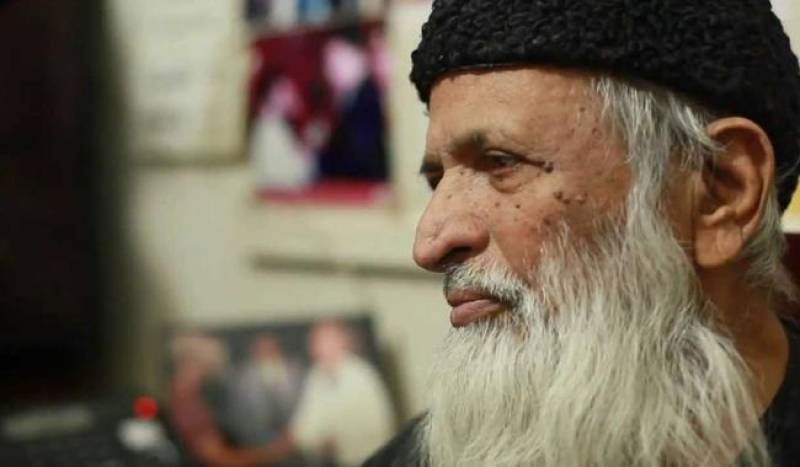 KARACHI - After the death of celebrated social worker Abdul Sattar Edhi, a video clip has gone viral in which the renowned social worker names "Imran Khan" and "Hamid Gul" for allegedly threatening his life during Benazir Bhutto's first tenure in government. However, PTI supporters will be relieved to find out that Edhi was not referring to their party's chairman in the video.

In the television conversation aired back in 2011, Edhi said that a certain Imran Khan and General Hameed Gul had asked him to join their team in opposition to the Benazir-led PPP government. However, when Edhi rejected this offer, he was threatened and later some unknown people tried to kidnap him as well.

Upon receiving these threats, Edhi fled abroad and told BBC about the threats to his life. The British Government reportedly offered to put him up in the country with a number of facilities and tight security; however, the selfless humanitarian rejected this offer as well in the interests of being able to serve his country once again.

Since the video went viral, speculation has been rife regarding whether PTI leader Imran Khan had been named by Edhi for threatening his life.

Thankfully for PTI supporters, the Imran Khan that Edhi referred to in the video was actually Lt. General Imran Ullah Khan who passed out in 12th Pakistan Military Academy Long course and joined park Army in 1955.

General Khan also participated in Indo-Pak wars of 1965 and 1971 and retired as Lieutenant-general  in May 1991.

After his retirement, he was appointed as the Governor of Balochistan by Prime Minister Benazir Bhutto in 1994.

Chairman of Pakistan Tehreek-e-Insaf Imran Khan also clarified that it was not him who threatened Edhi. Imran maintained that he wanted to launch a pressure group against the government with Edhi for the betterment of the masses.