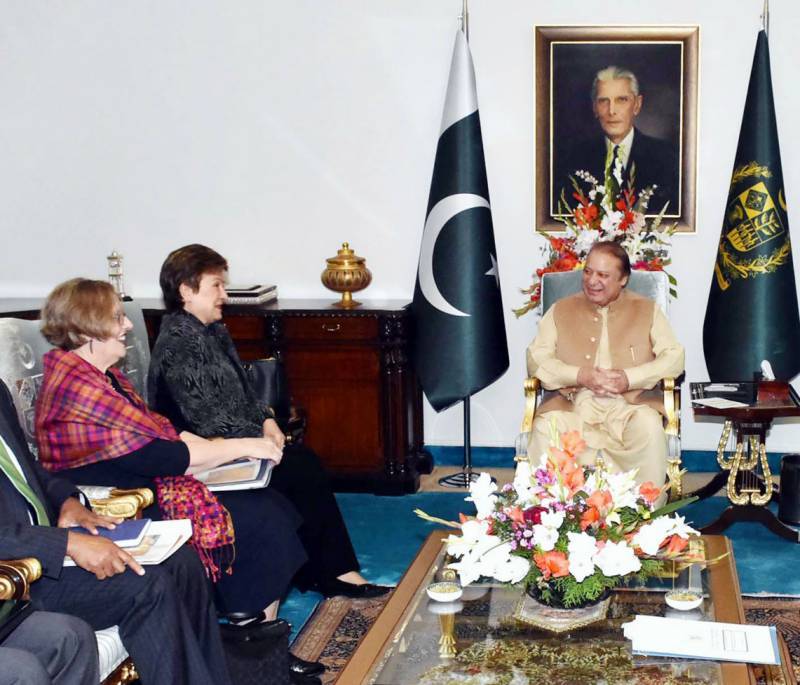 The prime minister said that government was focusing on constructing mega dams all along the Indus cascade and small and medium dams in Balochistan to overcome energy shortage, Radio Pakistan reported.

The PM said that Diamer-Bhasha Dam was a project of national importance as it will considerably change the energy mix, produce affordable electricity and store water.

He also acknowledged the World Bank's support for the return and rehabilitation of Temporarily Displaced Persons by providing $75 million and informed that the return process of the TDPs was on fast track. He said that the government is also spending huge resources from its own budget to rehabilitate the TDPs.

Nawaz Sharif said that the government was also focused on economic revival and requires huge investments in energy, infrastructure and social protection.

He said that Pakistan required enhanced support of the development partners in energy, infrastructure particularly rail and roads network, education and skill development.

The PM said that Pakistan highly values its partnership with the World Bank since 1952. He said that the bank's support in the energy sector projects including Tarbela-IV, Tarbela-V and Dasu Hydropower Projects were also valuable to Pakistan.

She congratulated the prime minister on exceptional performance of Pakistan’s economic indicators and said that the World Bank will support all measures that will sustain the rate of economic growth.