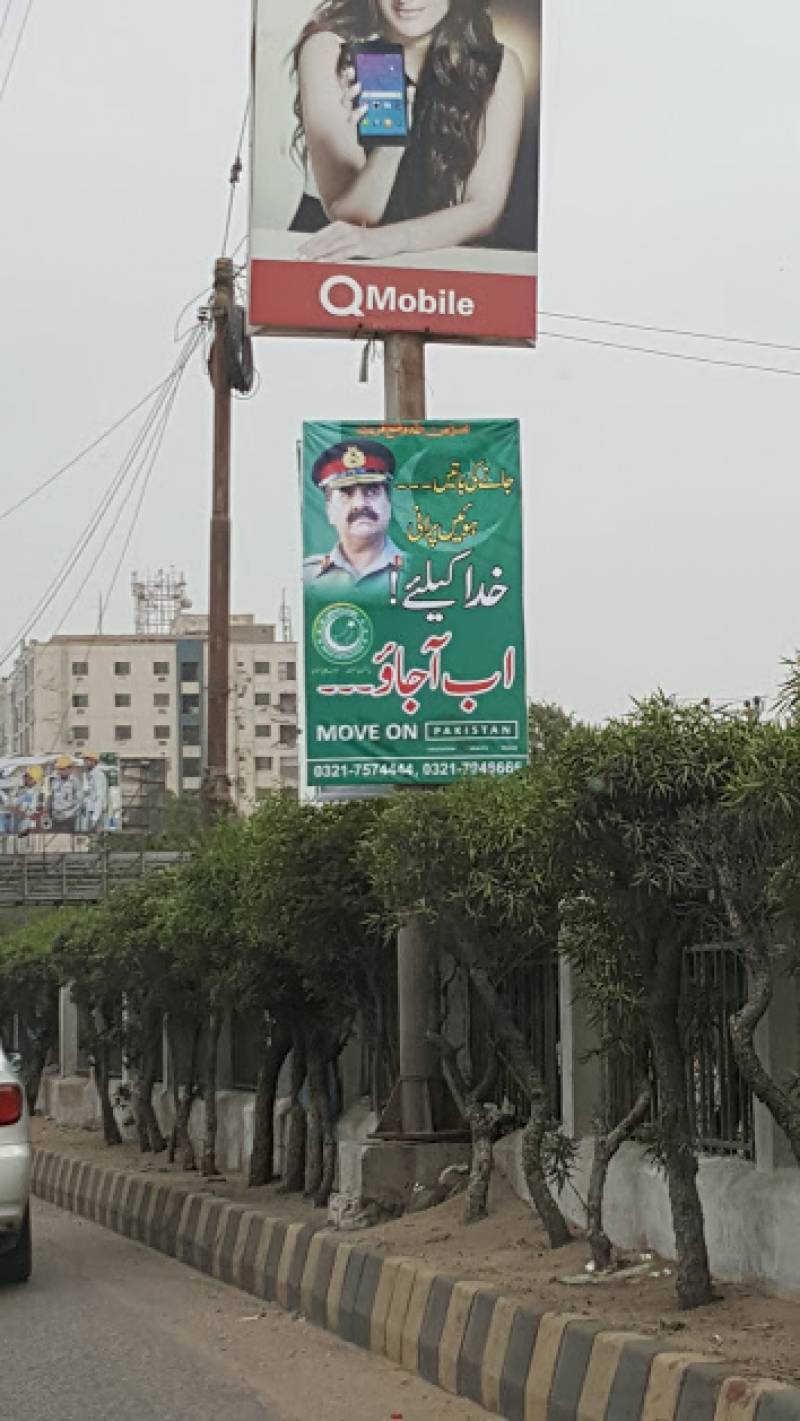 KARACHI - Chief of Army Staff General Raheel Sharif has been invited to impose martial law in the country by a mysterious political party, which put up banners in various parts of Karachi over the weekend calling on the revered general to "take over".

In the beginning of the year, the same party, about which little was known back then, launched a similar campaign demanding an extension of the COAS' tenure.

The party's calls for the extension came shortly after the military commander announced that he would not be seeking an extension in his term, around 8 months before it was set to expire.

The chief central organizer of the party, Ali Hashmi told Daily Pakistan that this new campaign was a continuation of their previous campaign demanding an extension in Raheel Sharif's tenure.

He said that the Pakistani people were disgruntled by the current political discourse and saw Raheel Sharif as the sole hope for their future.

"We have invited him [Raheel Sharif] to take control of the system," he explained.

The mysterious political party also has plans of extending the current campaign to other parts of Pakistan. "Soon, the campaign will be extended to other bigger cities as well. Our posters will be seen in different parts of the country" he added.

Earlier in the month of January, there was speculation about whether or not the outgoing general would get an extension. The rumors, however, were rejected by a military spokesperson in a tweet, which General Sharif as saying: “I don’t believe in extension and will retire on the due date.”

In an apparent response to the announcement, Move On Pakistan had asked the general to review his decision of not taking an extension, arguing that the nation needed the COAS to continue in his position.