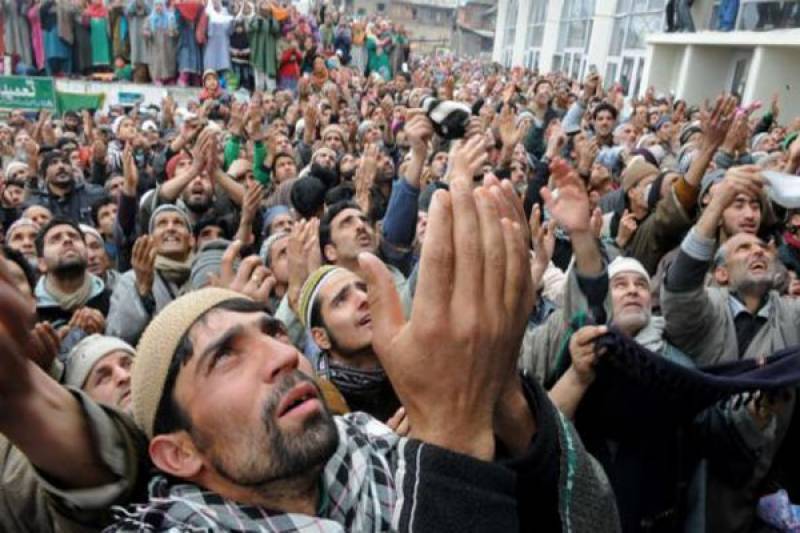 KASHMIR - Even as the death toll from the brutal crackdown of pro-freedom protesters in Indian-occupied Kashmir rose to 19 over the weekend, Indian civil society and the international community have maintained a deafening silence over the atrocities, to the shock of thousands of Kashmiris in the occupied territory.

As many as 200 residents were injured after police and paramilitary troops opened fire on tens of thousands of Kashmiris who took to the streets to pay homage to the rebel leader Burhan Wani, who was slain in an armed encounter with Indian forces over the weekend.

Mirwaiz Umar Farooq, the Imam of Srinagar's Jamia mosque and leader of a faction of the All-Parties Hurriyat Conference, told Al Jazeera that the lack of condemnation from both India and international actors, proved that "Kashmiri lives did not matter."

"No political party or institution has condemned the violence because they don't feel the need ... they are so disconnected from this place," Farook said from his home in Srinagar, where he has been under house arrest since Friday.

According to Kashmiri civil society, the death toll from the crackdown on protesters is likely to rise, with local media reporting that the number of dead could be as high as 22.

On the other hand, responding to accusations of disproportionate violence, Naeem Akhtar, a spokesman for the Jammu & Kashmir state government, suggested that security forces may have been justified in using force as method of self-defense.

The Indian Minister also expressed his views regarding the latest crackdown.

Deeply anguished at the loss of precious lives in incidents of violence in Jammu &Kashmir. Also pray for the speedy recovery of the injured