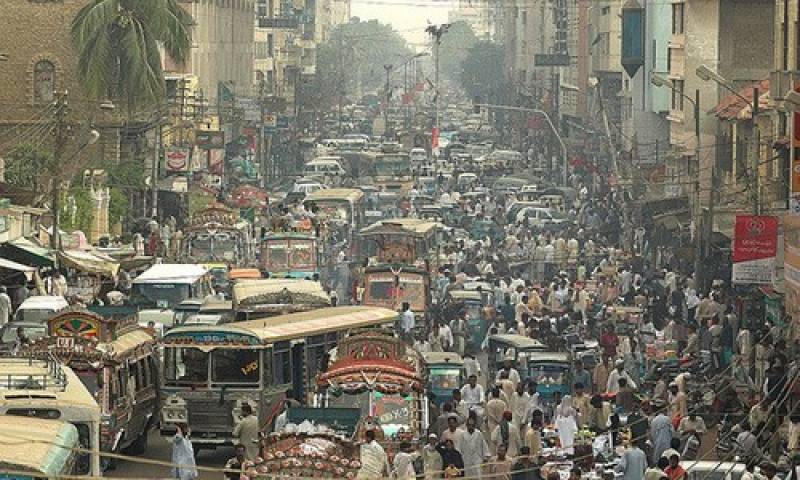 Pakistan’s total population is estimated at over 220 million and it is growing rapidly with an annual fertility rate of 3.6 children per couple, says World Population Data Sheet (2020) released by the US Population Reference Bureau. Pakistan’s population is equivalent to 2.83% of the 7.8 billion total estimated population of the world. Though Pakistan is globally ranked 5th most populated country in the world, the UN's Human Development Index (HDI, 2020) ranks Pakistan 154th among 189 countries. These odds predict the horrible picture of the future of Pakistan.

According to the 2017 census, women in Pakistan make up 48.76% of the total population, and Riaz Bibi is among one them. Riaz Bibi, who is 39 years old and a mother of seven children, is residing with her family in a remote village of Faisalabad. Her husband, Anwar Latif, is a street vendor who sells sweet potatoes on his bicycle in the nearby villages. His limited income is not enough to meet the basic needs of his large family. “At the time of my marriage, I was 16 years old and completely unaware of the use of contraceptives,” Riaz Bibi said. “This unawareness made me pregnant in the early days of my marriage. The pressure of my in-laws compelled me to be pregnant immediately after my first birth. Birth of seven children and two miscarriages badly affected my health,” she added. “At a later stage, I came to know about the use of contraceptives for birth control but my husband considers this against his religious beliefs,” she said.

“One day, I heard about a free medical camp in my village. I visited this outreach camp with my husband. It was a blessing for me when a health care provider, Sana Faisal, counselled me and my husband about the long-term family planning service. Initially, my husband showed resistance, but good counselling techniques made him agree to avail of the family planning service. This is the real change which Marie Stopes Society is bringing in the minds and lives of us,” Riaz Bibi said while praising the non-government organisation.

Asma Balal, country director of Marie Stopes Society — a leading organisation working for high-quality family planning and reproductive health services in Pakistan, said: “We have launched several reproductive health service channels to serve poorest of the poor like Riaz Bibi. We are promoting healthy timing and spacing of births so that mothers can be healthy and raise healthy families.

Dr Aysha Yaqoob, a renowned gynaecologist, said that around 3 million abortions are performed annually in Pakistan. A high number of abortions clearly indicates that people want to limit their family size but do not use contraceptives in their marital relationships due to the unavailability of contraceptives or social and religious taboos. She added that the use of contraception prevents pregnancy-related health risks for women. Without promoting sexual and reproductive health education, mother mortality rate (MMR), infant mortality rate (IMR) and an explosion of the population can never be controlled.

Pakistan showed its commitment to the 2030 Agenda for Sustainable Development through a unanimous National Assembly Resolution in 2016. But overpopulation undermines the country’s efforts to improve the living standards of citizens by putting pressure on the economic resources. Besides this, a rapid increase in population also resulted in an increased need for food, water, energy, schools, hospitals, housing and many more things.

Prime Minister Imran Khan seemed more concerned about issues like women’s rights, child labour, overpopulation and stunted growth in the early days of his premiership. But with the passage of time, the political agenda replaced his social agenda. He will have to reconnect himself with his social agenda because social issues, the especially unchecked population would not only hamper the socio-economic development of Pakistan but would also create certain issues beyond anyone’s control.

The author is a social activist and working for the reproductive health rights of women in rural Pakistan. He can be reached at aamiryousaf11@gmail.com