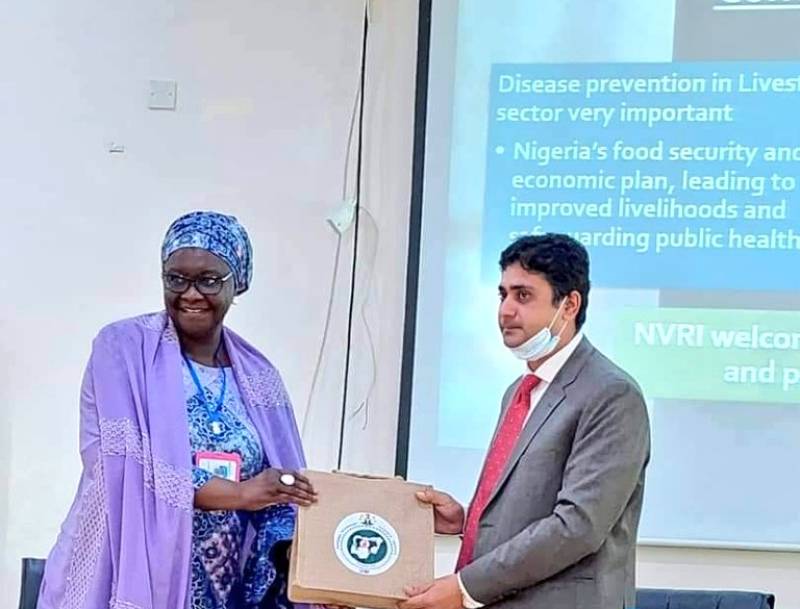 ISLAMABAD – Pakistan has thanked Nigeria for safe release of a national who was kidnapped three months ago.

"The government and people of Pakistan express deep appreciation to the brotherly people and government of Nigeria for helping to secure safe release of Pakistani citizen, Dr Abuzar Muhammad Afzal", the Foreign Office said on Sunday.

Dr Abuzar along with over 60 other passengers was taken hostage by a Nigerian terrorist group in an attack on Abuja-Kaduna train on March 28, 2022.

He is the "only foreigner among seven hostages freed last night, and 13 others released a month ago".

In a tweet, Pakistan's Minister for Foreign Affairs Bilawal Bhutto Zardari said he is "highly relieved by the safe release" of the Pakistani national.

Highly relieved by safe release of 🇵🇰 national Abuzar M. Afzal, kidnapped in Nigeria since March! We thank leadership, government & people of Nigeria for all their help. I also commend the efforts of everyone in Pakistan who worked tirelessly to ensure this outcome.

"We thank leadership, government and people of Nigeria for all their help," the foreign minister said, while commending the efforts of "everyone in Pakistan who worked tirelessly to ensure this outcome."

Following his release, Dr Afzal "thanked the governments of Pakistan and Nigeria, the negotiator and his employer, and everyone who contributed to the efforts for his freedom".

"He also thanked the Prime Minister of Pakistan, the Foreign Minister, and the Minister of State for Foreign Affairs for consistent endeavours to ensure his well-being and safe release," according to FO.

The FO, in its statement, went on to say that Pakistan "appreciates the political and military leadership of Nigeria, as well as the coordination between the two Ministries of Foreign Affairs and the High Commissions culminating in the release [of Dr Afzal]".

Dr Afzal "has already reached Abuja and provided with Emergency Travel Document by the Pakistan High Commission to facilitate his journey to Pakistan later tonight".

He will be reunited with his family and loved ones in Multan coinciding with the happy occasion of Eidul Adha.

KARACHI – Sindh Rangers and police have busted a gang involved in a kidnap for ransom case by tracing WhatsApp ...