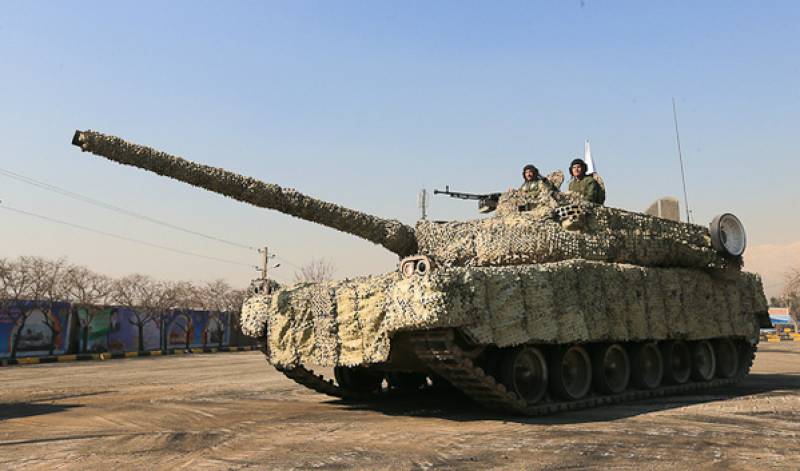 On Saturday, a video emerged that appears to show Iranian tanks and missile carriers being moved to the country’s eastern borders including the one with Pakistan,  sparking fears of skirmishes.

The footage – thought to be filmed this week – was shared by Peykeiran with the caption: "Iran's military movements, displacement of dozens of tanks, armoured personnel carriers, missiles and equipment to the Mirjaveh and eastern borders of Iran."

The clip shows a long line of armoured, Iranian military vehicles as they proceed towards the Pakistani border. The number of vehicles appears to be endless as the convoy continues into the distance.

The video was also tweeted by Kasra Naji, a journalist affiliated with BBC Persian.

Video of what is said to be Iran moving military hardware to border with Pakistan and Afghanistan - aftermath of twin attacks in Tehran. https://t.co/V3r5QQHY2u

Last month, mortar shells were fired into Pakistan's territory from across the Iranian border. Pakistan shares a 900-kilometre long porous border with Iran and the two countries had in 2014 decided to boost intelligence coordination to wipe out terrorists from the border region.

Recently, the ties between the two neighbours were stressed after ten Iranian border guards were killed at Mirjaveh on the Sistan-Baluchistan border by the Pakistan-based terror outfit, Jaish al-Adl or "The Army of Justice".