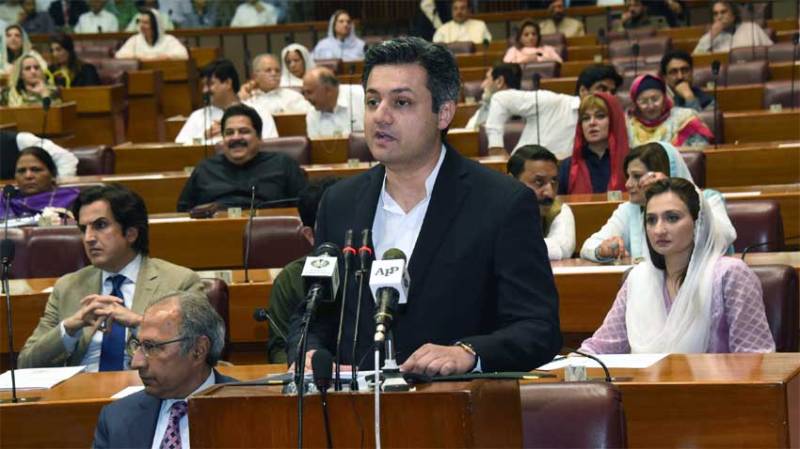 ISLAMABAD - Minister of State for Revenue Hammad Azhar on Tuesday unveiled the federal budget for the fiscal year 2019-20 estimated to be having an outlay of Rs6 trillion.

Flanked by Finance Adviser Dr Hafeez Shaikh in the National Assembly, the minister highlighted in his speech that the civil budget has been decreased from Rs460 billion to Rs437 billion while the Defence budget will remain at Rs 1,152 billion.

The budget outlay is Rs7,022 billion which is 30 per cent higher than last year.

The minister lamented that there has been no increase in exports in the past five years adding that due to financial mismanagement, the deficit reached Rs2260bn while the Circular debt in the energy sector reached Rs1200bn. 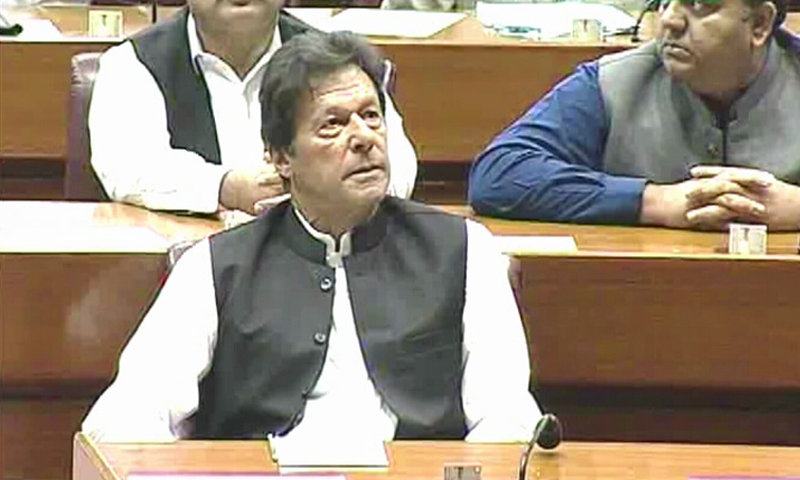 The lawmaker said measures taken by the PTI-led government have resulted in remittances increasing by $2bn, while the circular debt was decreased by Rs12bn per month in the energy sector.

Highlights of the budget:

The minister highlighted that government expenditure has been decreased from Rs460 to Rs437 billion.

Sugar tax advised to be increased to 17pc

The sales tax on Sugar prices, which previously stood at 8.5 per cent, will now be increased to 17 per cent.

Also, Sugary drinks will see an increased tax duty of 13.2% as compared to the previous figure of 11.25%.

The general sales tax on goods, while remaining unchanged, will stand at 17 per cent for FY2019-20.

Food items supplied to bakeries and restaurants will be taxed at 4.5%.

The opposition members laterwards gathered in front of the Speaker's dice and started chanting slogans against the government.