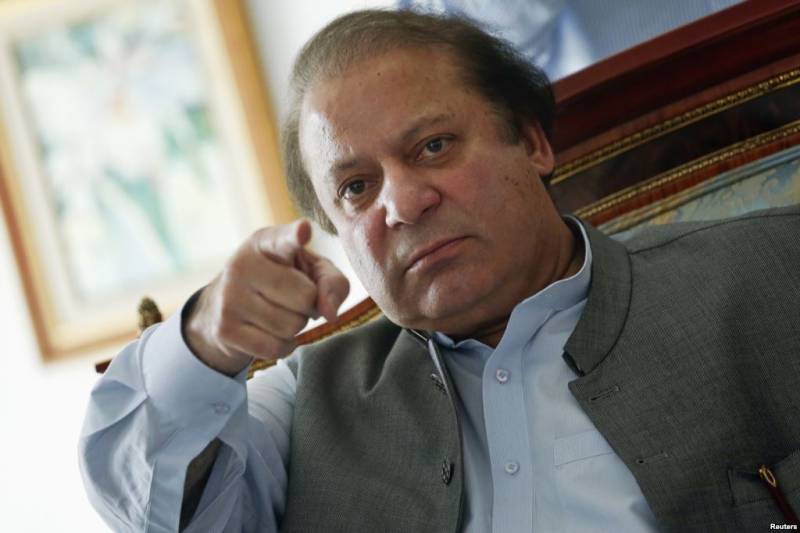 KOT MOMIN - Former Prime Minister Nawaz Sharif on Saturday once again took aim at the judiciary for disqualifying him on the pretext of an Iqama (work permti), asking whether it is right.

He stated this while addressing a major public rally in Kot Momin after his GT Road Rally following his disqualification as prime minister by the Supreme Court on July 28 in the Panamagate verdict.

Lamenting the decision, he said that anarchy was spreading in country due to his disqualification. He put the burden of prevailing poor state of economy on the apex court's verdict, adding that people should not inquire Prime Minister Shahid Khaqan Abbasi about trembles to the economy.

He further said that people of Pakistan had rejected the decision, adding that today's rally was a referendum against the verdict.

Nawaz said that Pakistan Tehreek-e-Insaf (PTI) chief Imran Khan himself confessed to owning an offshore companies, but the court acquitted him despite the facts. He said that dual standard of justice will not be accepted. He also called Imran Khan and PAT chief Dr Tahirul Qadri conspirators.

He said Imran, who accused everyone of corruption, is the most corrupt person, adding that the PTI chief used the charity money for gambling.

Earlier, Nawaz Sharif's daughter Maryam Nawaz addressing the rally said that the former premier did not need to strike any NRO like deal as he was not involved in any crime or found guilty by the court.

She also bashed his political rivals for "hiding behind one institution or the other" in order to defame Nawaz.

She recalled that it was the PML-N government that weed out terrorism an power shortage issues in country.