Saudi footballer in trouble for dabbing during game 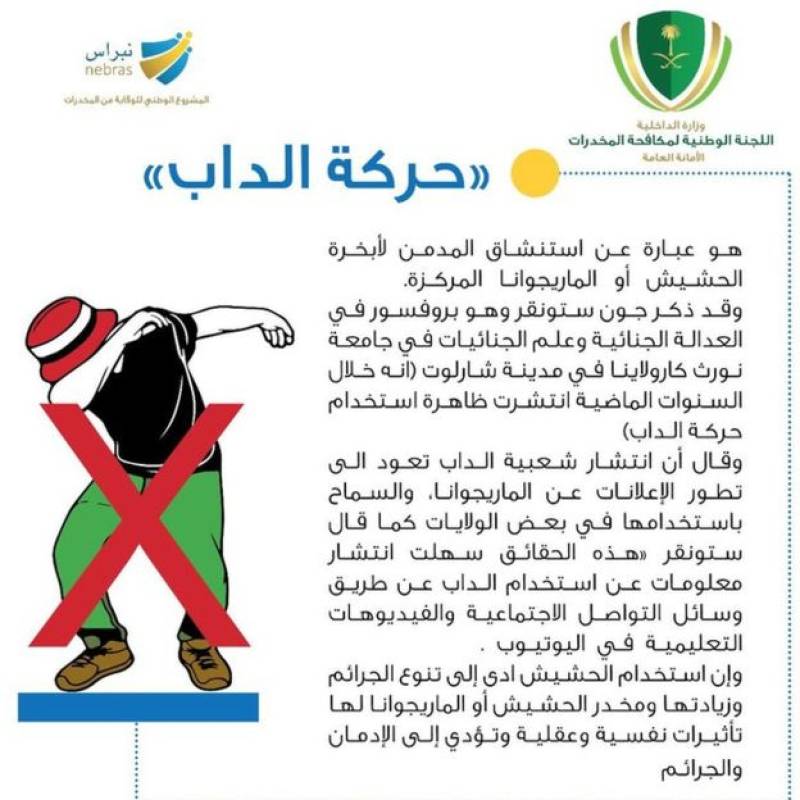 JEDDAH - A Saudi player has been the topic of controversy for the past few days; however the media attention is not the result of his skills on the pitch.

A professional footballer of the Al Nojoom club has been criticized online for dabbing; the clip shared by Dawri Plus shows the footballer refusing a handshake and doing the “illegal” deed instead.

After which the commentator can be heard saying, “No, no, no” although it isn’t clear whether it is a reaction to the dabbing. It is not yet certain whether the player will face charges for the misdeed, although a singer was arrested last year for dabbing on stage. Dabbing has been a subject of controversy in the country and is forbidden by the authorities since it is perceived as linked to drug usage and delinquent behaviour.

The Saudi governments National Committee for Combating Drugs has been behind laws like these, in order to raise awareness for the youth to combat drug abuse.

People online have had mixed views regarding the whole ordeal with some condemning the harmless act: 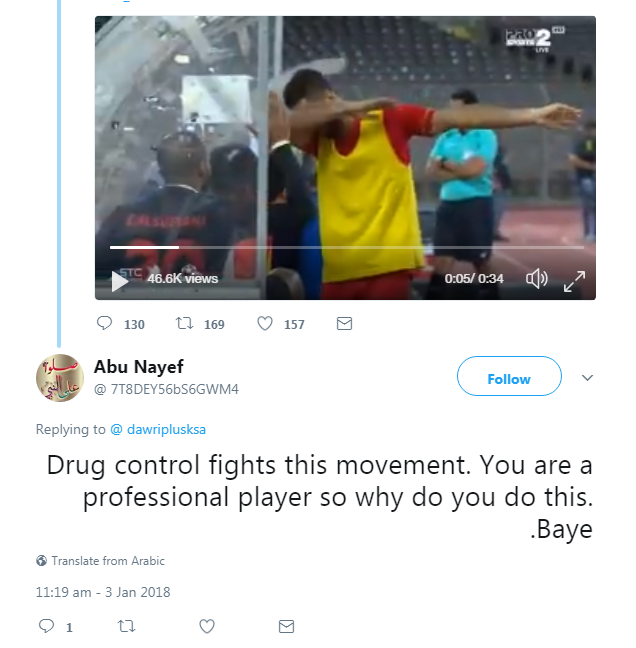 And some using it as an expression of rebellion to highlight how the Saudi government regulates its people’s freedoms;