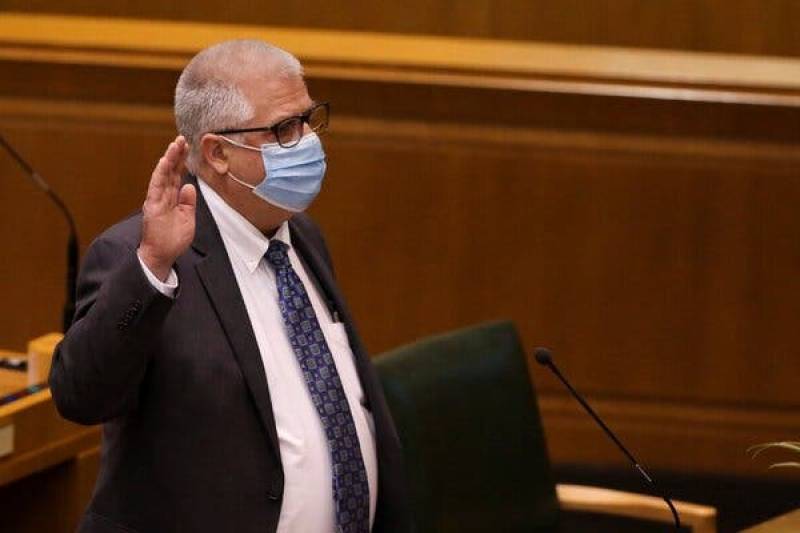 Lawmakers in the US state of Oregon have expelled a Republican representative for his role in helping crowds breach the State Capitol in December last year.

Mike Nearman was ousted by a vote of 59 to 1. His was the only no vote. This is the first time in the state's history that a sitting Oregon lawmaker has been expelled.

Mr Nearman's removal comes days after a video surfaced appearing to show him telling protesters how to gain access to the State Capitol on December 21.

Another footage shows Mr Nearman opening a door to the State Capitol. He then steps around a protester "who rushed past him into the building, followed closely by a second demonstrator who held the door open for numerous other demonstrators, who also rushed in", says the resolution for his removal.

The protesters could be heard shouting "enemies of the state" and "arrest Kate Brown", the state's Democratic governor, the resolution says. There was a considerable damage inflicted inside the building and police officers were injured in the clashes.

Social media is convinced that The Simpsons seemingly predicted the siege of US Capitol Hill in an episode in 1996. ...

In a statement released after the vote, Speaker Tina Kotek, a Democrat, said: "His actions were blatant and deliberate, and he has shown no remorse for jeopardising the safety of every person in the Capitol that day."

"The facts are clear that Mr Nearman unapologetically coordinated and planned a breach of the Oregon State Capitol," she added.

"There's no reason to hear both sides and have at least something resembling due process," he said sarcastically.

State House Republicans had called on their colleague on Monday to step aside. Representative Christine Drazan, the state House Republican leader, said in a statement that Mr Nearman's "plan to let people into the Capitol ended with violence, property destruction and injured cops".

"This disregard for the rule of law leads us deeper into civil unrest and division. If we want to turn our state around we must hold ourselves to a higher standard as we work to lead and serve the greater good," she said.