The Simpsons predicted the Capitol Hill riots in 1996 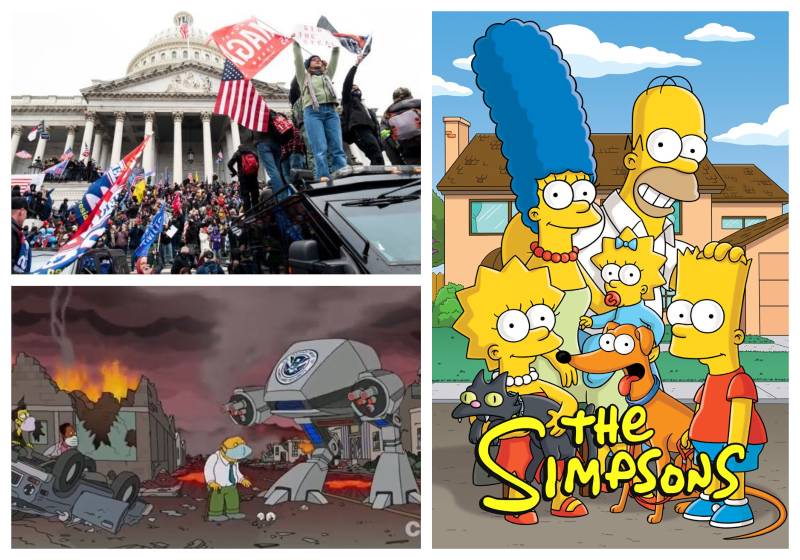 Social media is convinced that The Simpsons seemingly predicted the siege of US Capitol Hill in an episode in 1996. Things took a creepy turn since the animated series is infamous for predicting the future with precision.

Launched nearly 31 years ago, The Simpsons also predicted a global pandemic which would affect the world.

In a 1996 episode titled 'The Day The Violence Died', scenes of a riot were shown with an angry mob storming the Capitol Hill with bombs and guns. The episode showed the glimpse of the future, dated around "January 20, 2021," making the accuracy all the more shocking.

A Twitter user, who goes by the name of Francis Creaven, tweeted the clip from the episode: “Simpsons predicted it many years ago.”

Simpsons predicted it many years ago #CapitolHill #WashingtonDC pic.twitter.com/CDFTq2kYb1

Moreover, another episode of The Simpsons aired in 1999 titled 'Beyond Blunderdome' shows a remake of Hollywood classic ‘Mr. Smith Goes to Washington’ in which actor Mel Gibson’s character wreaks havoc at Capitol Hill.

The show narrates violence sparking over a ratified amendment that legalizes policemen to “beat those liberal freaks.” With gun-shots, explosions and riots going off atop the Capitol Hill, an angry protestor can be seen yelling “Doors open, boys!”

In the past, The Simpsons also predicted Donald Trump becoming US President and the legalisation of marijuana in Canada.