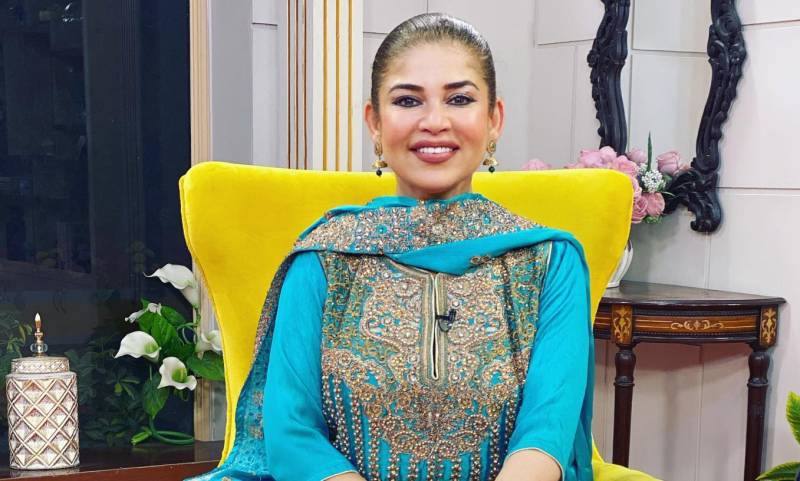 While many Pakistani actors and local people have been part of the public outrage against domestic violence and have showed staunch support for the victims, the spectrum has actors with the like of actress Iqra Aziz dropping projects to show solidarity and television host Mishi Khan criticising the actions taken by some to express their anger. With the sensitive topic at hand, netizens are divided into polarised opinions.

For starters, the fiasco began when television host and anchor Rabia Anum walked out of Nida Yasir's Good Morning Pakistan reasoning that she cannot share the same space with Mohsin Abbas Haider. For the unversed, the latter was accused of cheating and domestic abuse by his former wife, Fatima Sohail.

At the time, Anum was labelled a 'hero' and an 'icon' for her moving gesture; however, critics alike Mishi Khan believed the situation should have been handled backstage or least off the camera to not cause any embarrassment.

The Boota from Toba Tek Singh actress was cross with Anum for giving such example to audience and believed that the action was merely a publicity stunt.

Taking to Instagram, the Sharbati diva wrote, "That was in bad taste… Rabia Anum had ample time before the show to boycott it rather go on air & then decide to walk away. That was really humiliating for the channel, the team & the host. Good that you stand up for domestic violence but this was a cringe move. Bad etiquettes. What’s the point to make a long meaningless speech of praise for the host, channel & team when you have to embarrass them."

The Nanhi actress once again complained, "My question is that raising your voice for any social issue specifically domestic violence is commendable but it should not be selected or by choice. If she walked out on him in a live show that’s her stance but why not for others too. Why only #mohsinabbashaider ?? Why she kept mum on Feroz khan even after the bruised pictures were out everywhere. Raising your voice for any issue should be balanced and for everyone not for a selected few."