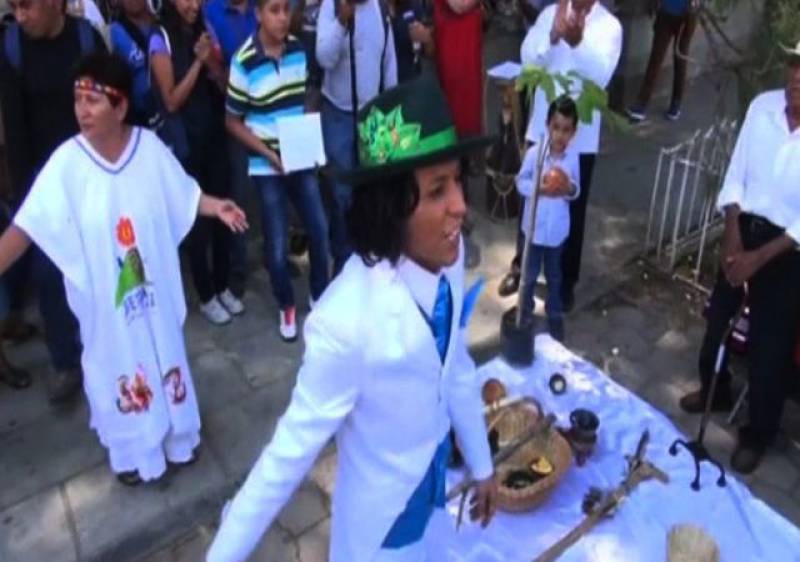 OAXACA, MEXICO (Web Desk) - Peruvian environmental activist and actor Richard Torres married a tree as part of an ecological awareness campaign to urge others to care for the environment.

According to latino.foxnews.com, the wedding took place at a landmark location, the town of Santa Maria del Tule in Mexico, which is home to an ancient 2,000-year-old cypress tree. The tree’s estimated weight is more than 600,000 tons. 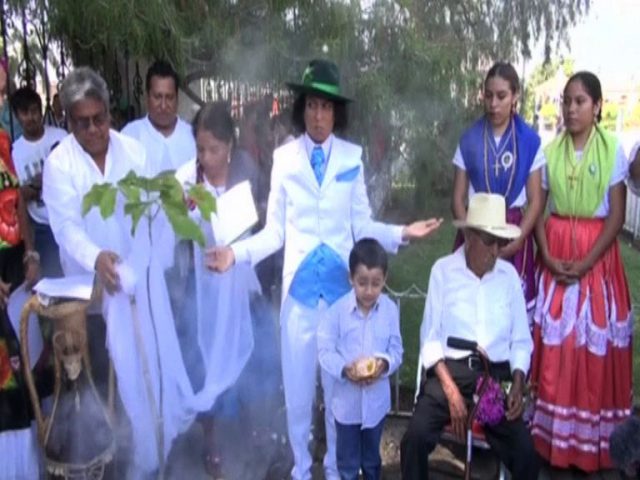 The ritual began on Sunday at around 11:30 am in the presence of dozens of environmentalists and inhabitants of the Oaxaca town of Santa María del Tule, most of whom had no idea why the man was kissing and "marrying" the tree, a type of cypress whose trunk, at nearly 140 feet around, has the largest diameter in the world.

The wedding was part of the "Marry a tree, save your oxygen" project, whose mission is to stop deforestation around the world. The project has already been initiated in Peru, Colombia and Argentina.

"Stop the hand that cuts down trees. I condemn this genocide and ask the president of Mexico to halt the destruction," the environmentalist said during the ceremony. 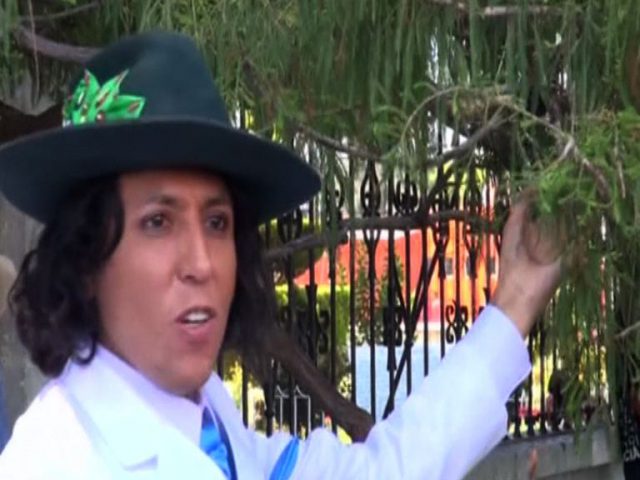 The Mexican capital, he said, "finds itself in its greatest environmental crisis, for which I ask my Mexican brothers to plant a tree and care for the water and the mountains, because this earth belongs to everyone."

The Peruvian born in the Amazon region said that according to Greenpeace, close to 5 million acres of woodland have been cleared in Latin America. 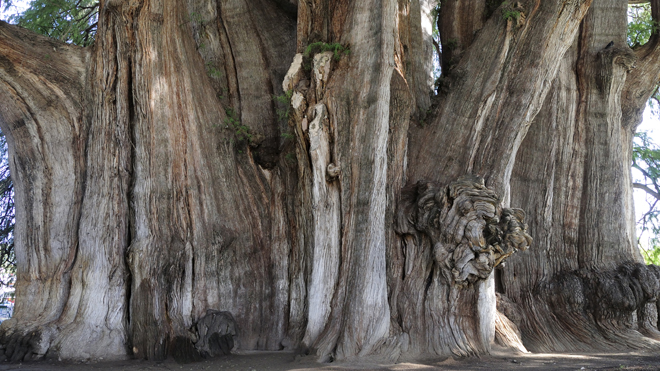 "Some very important Mexicans have joined this campaign. Famous actresses like Thalia and Lucia Mendez are supporting the project," said Torres, decked out for the nuptials in a sky blue tie and white tails.

Concluding the event, Torres said he will continue his reforestation tour in other southern Mexican states like Chiapas and Guerrero, where he knows "a lot of blood has been spilled."