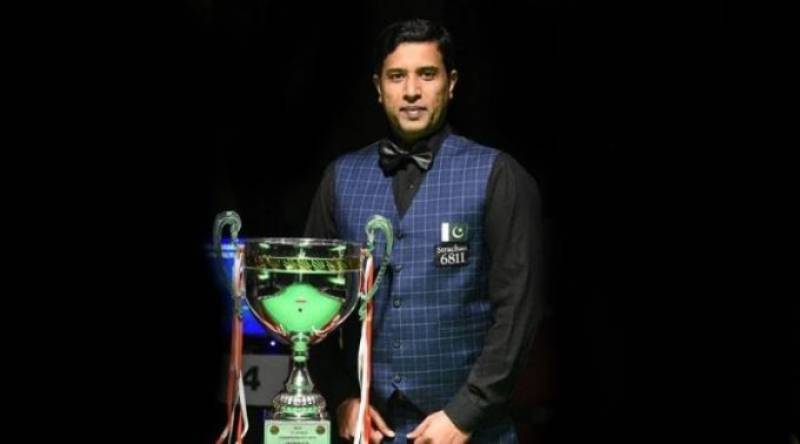 The President called the need to promote the sport of Snooker in the country and discussed the problems faced by the players.

Asif, who hails from Faisalabad is now a two-time champion at the event as he had also lifted the title in 2012.

Mohammad Asif, who reached Pakistan after the championship, talking to reporters at Karachi airport said that he has dedicated his award to Kashmir.

He added that his victory was not just his win alone, but one for all of Pakistan.

"We always ask the government to support the game," Asif said, adding that he was hopeful that the incumbent government will support snooker.