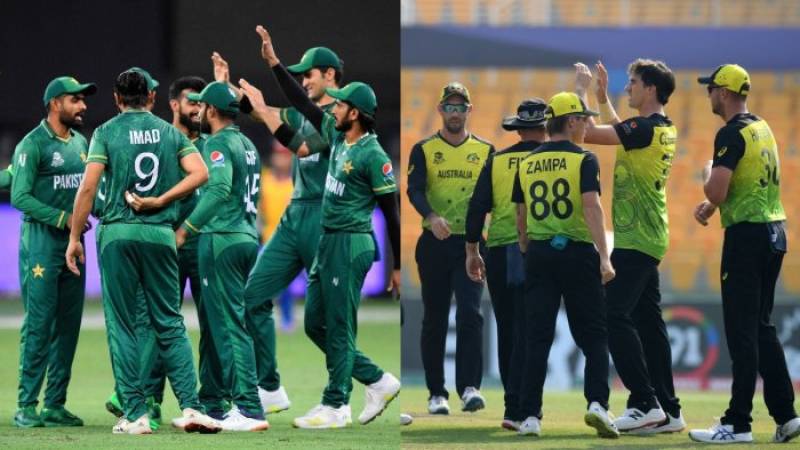 DUBAI – Former Windies skipper Brian Lara and other top cricketers picked Green Shirts to emerge as the winners of the semi-final clash, claiming Babar XI got their bases covered with bowling and batting prowess.

After Kiwis bagged a five-wicket win over England, it will be interesting to see who will be the second squad to make it to the final of the ongoing mega event.

Cricket pundits have also forecasted the outcome of today’s encounter, former West Indies legend Brian Lara also shared his views as he backed Green Shirts to emerge as the winners of the second semi-final.

Lara, in a recent tweet, said Australia have a strong line-up, which can defeat any side, but Pakistan still hold the edge over them because of the depth the team have in both the departments of the game.

#PAKvsAUS
My Prediction - #Pakistan #Australia is a very dangerous team. They've got a strong lineup that can beat anyone. But Pakistan has the bowling & batting prowess to keep them at bay & make the finals. #T20WorldCup #w88
-
Win my signed bats at https://t.co/mxSy58OXLI

Cricket coach and former player Lankan skipper Marvan Atapattu also declared Pakistan as ‘favourites’ to win ICC Men's T20 World Cup. “It would not be easy to beat Pakistan in UAE as the conditions in the Emirates are similar to the home conditions in Pakistan,” he opined.

Undefeated Pakistan will face Kangaroos today in the much-awaited semi-final at the Dubai International Stadium.

DUBAI – Wasim Akram's Australian-born wife Shaniera Akram’s loyalties appear to be with Green Shirts as she ...

Meanwhile, Pakistan do not have a strong record against Australia in the ICC events. Australia won all four World Cup knockout matches against the South Asian country, including the 2010 T20 World Cup semi-final.

The clash between the two will also pit Matthew Hayden and Justin Langer. Both are said to be one of the most enduring and destructive opening partners in Test matches.

Langer is Kangaroos head coach while Matthew was appointed as batting consultant by Pakistan after Misbah and Waqar Younis stepped down following the new administration.