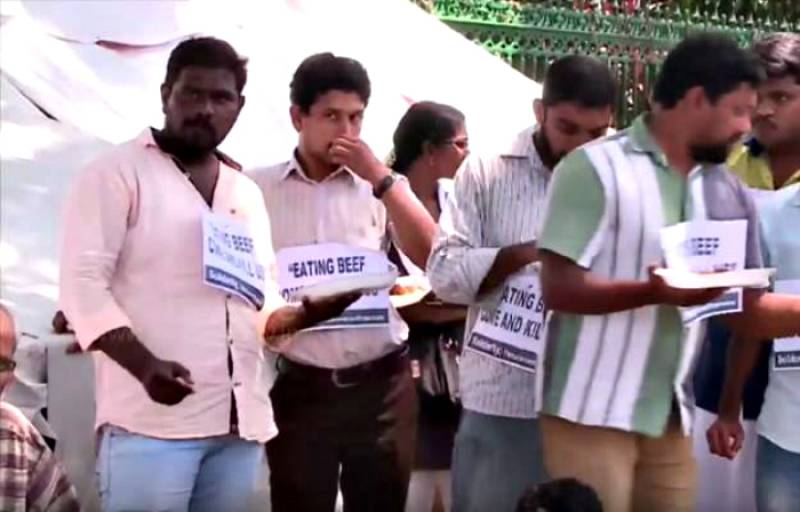 KERALA (Web Desk) - Kerala is called the God's Own Country for its sheer natural beauty.

But in recent decades the state has shown another beautiful trait that is even harder to come by in this beautifully diverse country - the strength of secularism.

The state has forever shown great examples of communal harmony. Even though in recent years there has been a rapid influx of communal forces and a surge in their popularity, Kerala remains largely secular and in good spirits. 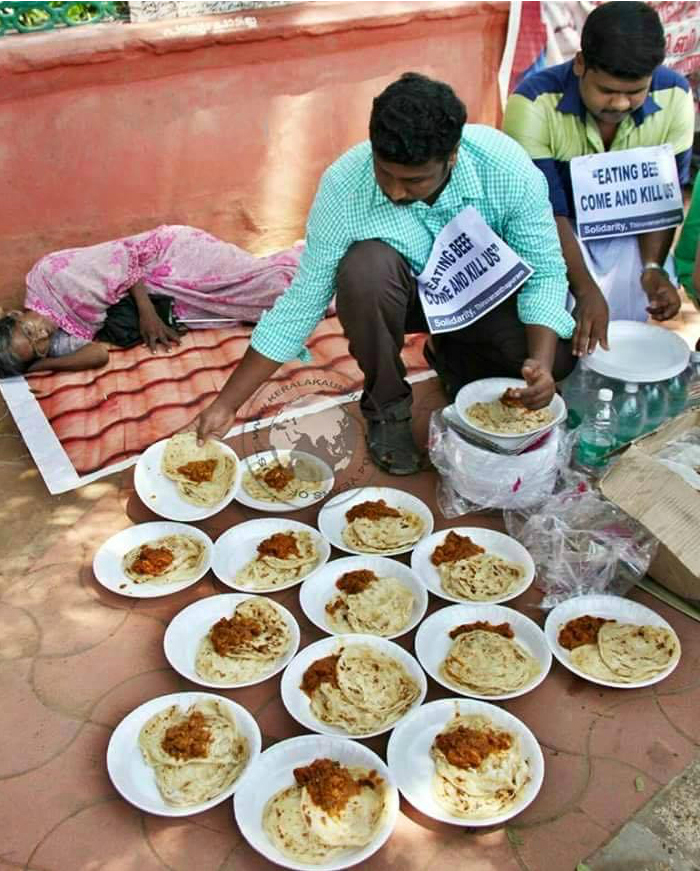 The latest such scenario is the unified beef-eating protest organised by Hindus and Muslims together on the steps of Kerala's state secretariat in Thiruvananthapuram.

The group of protesters was trying to prove a point that killing someone over 'rumoured' or real consumption of beef is not just unfair but downright heinous.

The members of the group called 'Solidarity' wore placards saying 'Eating Beef Come And Kill Us' throughout the protest even as they were serving 'porotta and beef curry' to all those who cared to join.

Beef ranks highly in Kerala's non-vegetarian cuisine and people of all ages and faiths consume it.

This is in sharp contrast to the misleading view that Hindus should not consume beef due to religious constraints.