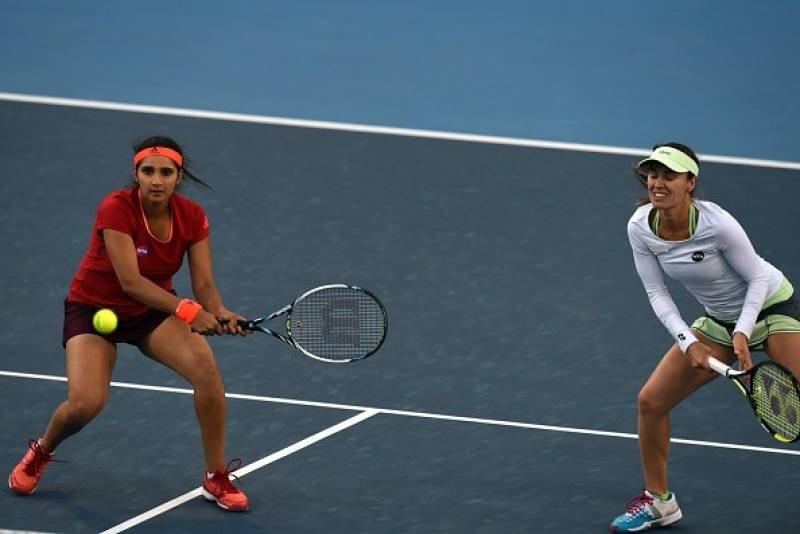 MUMBAI (Web Desk) - Indian tennis star Sania Mirza and Martina Hingis bagged their eighth trophy of the season and also their fourth in a row with the China Open title on Saturday, Indian media reported.

The top seeds however did not have an easy final encounter in China. Slotted against sixth seeded Taipei girls Hao-Ching Chan and Yung-Jan Chan, the match was primed at 6-7 (9) 6-1 after two sets before the tie breaker kicked in.

In the match tie-breaker, the two pair were going neck and neck and the score was 7-7 at one stage but Sania and Martina won three of the next four points to clinch the title in an one hour and 40 minutes.

The Sportskeeda app is among the top 10 free sports apps on Play Store. Here's what the fuss is all about. pic.twitter.com/y3yDYT93ul

In a remarkable run this year, the Indo-Swiss pair has dropped only two sets in their last 17 matches in four tournaments. It was the ninth title for Sania in the 2015 season and eighth with Swiss great Martina.

They had won titles at Indian Wells, Miami, Charleston, Wimbledon, the US Open, Guangzhou and Wuhan before today’s win.