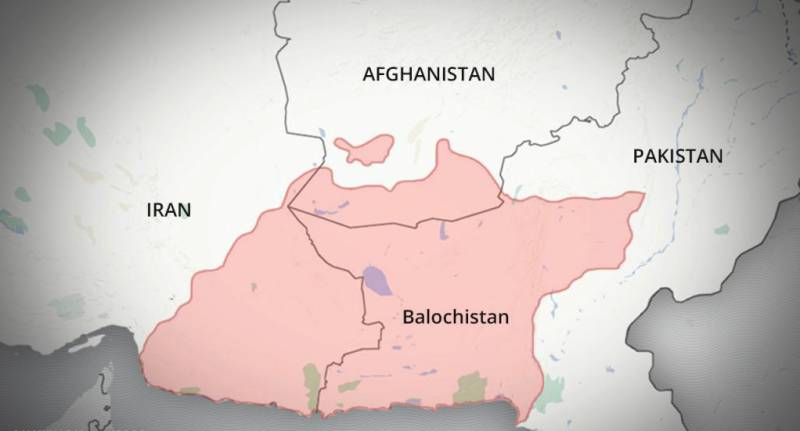 As Pakistan is pacing more promptly towards economic and infrastructural development, India’s insecurity intensifies with each new day.

As the Modi administration has come out as an obstinate rival, India has been trying to sabotage anything that benefits its enemy – Pakistan, mainly by destabilising and disordering the regional network of economic corridors that serve as a mutual ground for business and trade.

Andrew Korybko, a Russian writer and analyst in his piece in The Katehon describes India’s hate for Pakistan  as 'catastrophic' policy for its own economic and infrastructural developments. The writer warns that India's Pakistan-centered policy is 'cutting its own nose'.

Outlining Modi’s policy of proxy war, Korybko decodes latter’s Independence day speech as an essence of a policy that seeks to incite ethnic movements in Pakistan to disrupt regional order.

“Baloch separatism in Pakistan is bound to lead to a problem sooner than later in the Iranian province of Sistan and Baluchistan right next door, which just so happens to host the Indian-financed port of Chabahar that forms the crucial and irreplaceable terminal for the North-South Corridor. This presents a developing threat for Iran and Russia, both of which are depending on stability in and around Chabahar to ensure the long-term strategic viability of the ambitious transcontinental corridor that will eventually connect South Asia with Western Europe by means of their transit territory,” Korybko points out.

Citing example of Kulbhushan Yadav, Korybko writes that the Indian “deep state” (permanent military-intelligence-diplomatic bureaucracy) intends to escalate tensions inside Pakistan as ‘payback’ for the protests in Indian occupied Kashmir for the past month and a half, and the Indian jingoistic media is all too eager to assist, by going to an extent of even comparing Balochistan to Bangladesh.

The writer accused India of 'fanning' Baloch separatism only to preclude any infrastructural development in the region which can possibly pacify Balochistan's needs and eliminate any possibility of anti-Pakistan militancy.

"India doesn’t want Balochistan’s infrastructure development and standard of living to improve because this would then solve its local problems and make it more of an integrated and stable part of Pakistan. Instead, Modi’s speech and the cascade of hyper-nationalist commentary that came out of the Indian press were meant as a signal to the RAW-backed groups in Balochistan to begin preparing for the commencement of Hybrid War," Korybko wrote.

More conflict, Korybko argues, is equal to less development, which leads to more anti-Islamabad distrust that ultimately turns into a sequence of serious problems for the viability of CPEC.

The writer deemed CPEC as India’s main target for mainly two reasons: firstly, CPEC goes through Gilgit-Baltistan, which Indian nationalists such as Modi claim as their country’s own despite it being internationally recognized as an integral part of Pakistan and peacefully administered by it for nearly seven decades already; and secondly, because a non-Indian-controlled Chinese route to the Indian Ocean would compete with New Delhi’s hegemonic plans to make the entire ocean rimland its undisputed sphere of influence.

Korybko accused Modi of plotting a full and existential dissolution of Pakistan as the ultimate asymmetrical weapon for destroying his hated enemy once and for all and putting an immediate stop to CPEC. This, he argues, is possible when Balochistan and other tribal areas are carved out of Pakistan and made separate states.

Read More: Why the Uri attack is highly suspicious

Modi and RAW’s active encouragement of Baloch separatism in Pakistan is a clear, foreseeable, and preventable danger for the North-South Corridor that they’re both basing their future long-term economic strategies on.

There’s no guaranteed way that Baloch separatism in Pakistan wouldn’t rebound into Iranian Baluchistan and lead to an uncontrollable situation that eventually threatens Chabahar.

Additionally, the US, which has a desire to asymmetrically attack Iran and Russia by undermining their economic stability and long-term future outlook, will do everything in its power to bring the Pakistani Baloch destabilization across the border and into Iran, from where it would create a problem for Chabahar and indirectly affect Russia’s segment of the North-South Corridor by extent.

Korybko foresees a disastrous impact on India herself for the destabilisation in Pakistan's Balochistan, he believes any insurgency in Pakistan can cast its repercussions on Iran which will throw catastrophic backlash on itself. "The only two possible explanations for this are that India is either so full of geopolitical hate against Pakistan that it doesn’t even see that it’s ‘cutting off its nose to spite its face’, or that it’s plainly aware of how risky this gambit is but is going forward with it anyhow. It’s more than likely that a blend of the two is what’s behind India’s irresponsible actions in Pakistani Balochistan," Korybko observes.

Read More: 6 reasons why Israel became such an important ally to the US

The writer discerns an american conspiracy in backing India who is naively damaging the North-South corridor since it affects its rival Russia's aims to  build its infrastructure through the North-South corridor. "so in this sense, Washington could ‘kill two birds with one stone’ by targeting Sistan and Baluchistan Province with co-opted fighters from the separatist war in Pakistan in order to deal a blow against both Moscow and Tehran’s strategic long-term economic interests in Chabahar. Even though this would also hurt India too, the US has never been known to respect its allies’ interests, and India is by no means any exception to this long-established rule," Korybko pointed out.

Ending with the subtitle "Russia to rescue," Korybko concludes that the "Russia needs to gently raise the issue of India’s encouragement of Pakistani Baloch separatism with New Delhi behind closed doors, seeing as how its own long-term economic-strategic interests are at stake by logical extension, but if Modi and his RSS/BJP-directed “deep state” can’t be restrained from their blind adherence to this regionally destructive plot and disabused of going forward with this extremely high-risk gambit, then it must turn to Tehran instead. Reaching out to the “conservatives” and emphasizing the security and strategic dangers to Iran which are inherent to India’s covert separatist campaign against Pakistan is the best way to get the attention of its governing elites and show the Ayatollah that Russia will firmly stand by him in jointly seeking to dissuade New Delhi from this disadvantageous adventure."

The writer accuses Iran's silence on India's destructive policy to be Iran's secret contract with India, presumably on the conditions that India won't go to an extent of inciting Baloch ethnicity in Iran, while overlooking the fact that US has ultimate aims to damage the corridor which benefits its rivals, Russia and Iran.