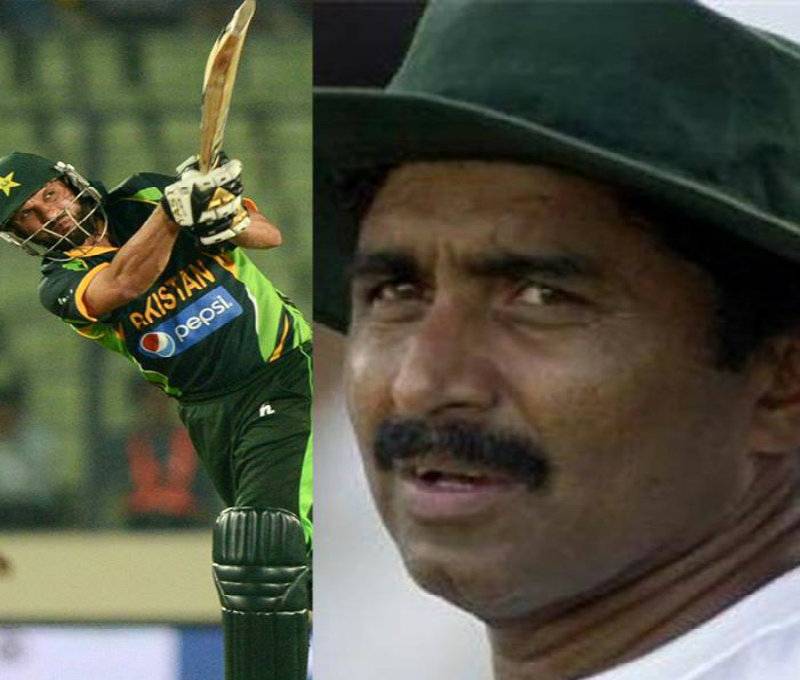 KARACHI - Ex-T20 skipper Shahid Afridi is persistent to take his mentor Javed Miandad to court over an ugly spat, containing serious allegations, despite the latter's unconditional pardon to the former.

"His (Mindad's) remarks hurt my family and fans a lot. If he won't take his words back, I'd have to clear my reputation from court," Afridi said in a statement Tuesday.

"He (Miandad) is like an elder brother to me. Surely he'd have forgiven me, but has he taken back the allegations," Afirdi added.

Earlier in the day, it was reported that Javed Miandad decided to "forgive" Shahid Afridi for his counter-allegations against the former.

Mindad said, "Shahid Afridi's statement disheartened me but I pray for him."

"Being an elder, I forgive him," the legendary batsman said.

The tussle began when Miandad alleged that Afridi wanted to play a farewell match for money.

This act of forgiveness comes a day after Afridi said he was going to take legal action against Javed Miandad.

Earlier, Afridi who has represented Pakistan in around 400 ODIs, and about a 100 T20s, made a comment on the legendary cricketer saying Miandad had always had an issue with money.

Responding to the derogatory remarks, Miandad lashed on Afridi and hurled match-fixing allegations.

Imran Khan concerned over war of words between Afridi and Miandad

“It is very damaging. The two shouldn’t have been indulged in trading insults publicly,” he further commented,” Khan told the media on Monday.

“Miandad was a man of crisis during our playing days and Shahid Afridi too has great fan following.”

Fast-bowling legend Wasim Akram also called for "appropriate mediation" in a war of words between the former skippers.

Akram said on Twitter it was "really sad" to see the altercation between the veteran cricketers, adding that the situation called for a quick resolution "instead of this unwanted chaos".

"Javed Bhai and Shahid mean a lot to me and to Pakistan," he wrote.