Pepsi Battle of The Bands: How to vote for 'Kashmir' band 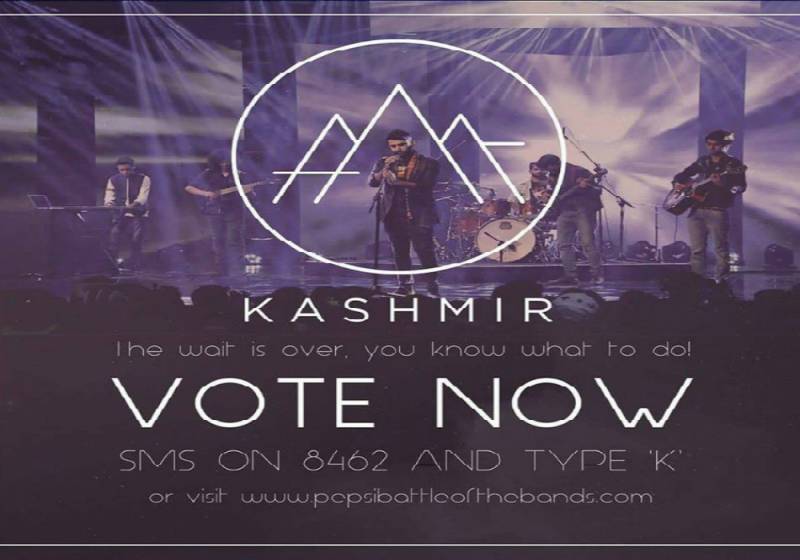 The show that is rocking Pakistan’s music scene at the moment, Pepsi’s Battle of the Bands has taken social media by storm as excitement over who will win the contest reaches its peak.

Now, the moment we’ve all been waiting for is finally here! After the airing of grand finale, you can now support your favourite band Kashmir and the voting process is quite easy.
Kashmir, with versatile style and smooth vocals from vocalist Bilal Ali, is perhaps the future's best sensation that has the potential to resuscitate the dead pop culture. Though no one can say that the last two remaining groups lacks talent, the Kashmir band stands out due to its versatility and Sufi flavour it gives to some of its best covers and renditions.

The voting lines are open. Show your support for your favourite band Kashmir by voting online and via SMS. The final decision is in your hands so vote NOW!