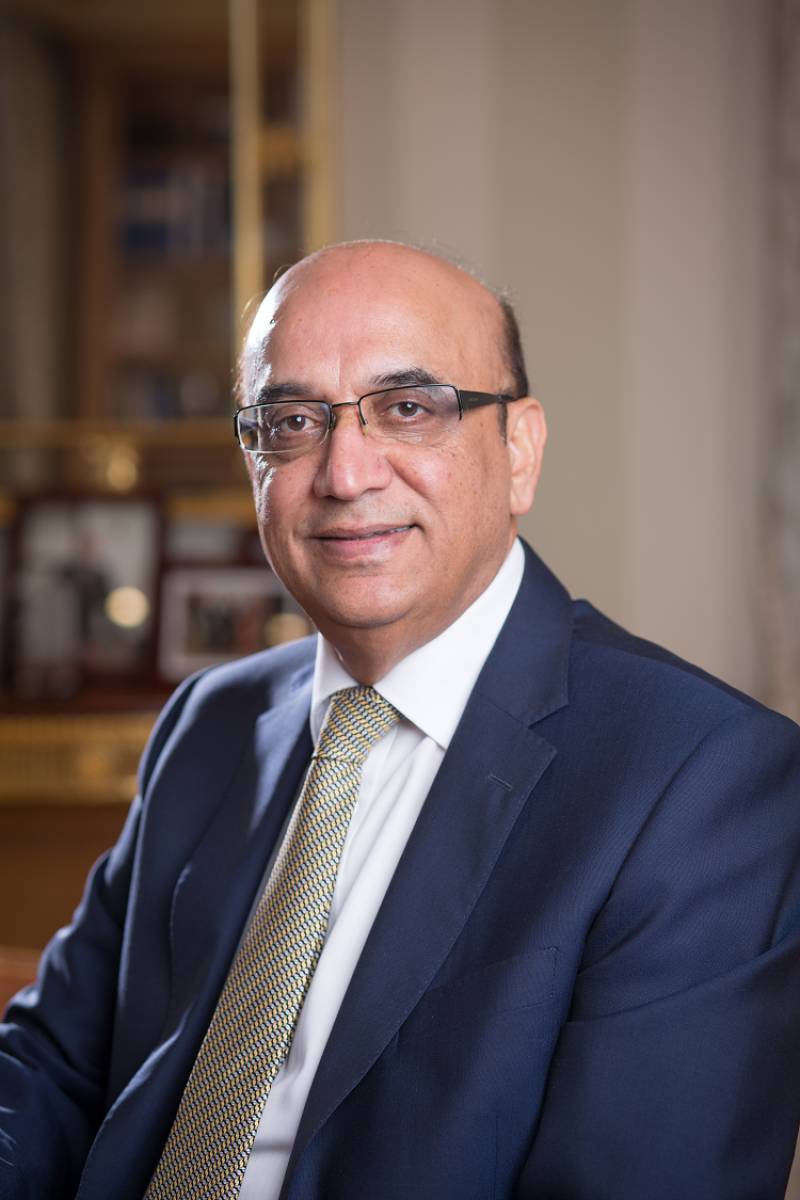 GUJRAT - It has been announced that Zameer Choudrey CBE, Chief Executive of Bestway Group, will be appointed to the House of Lords under the Queens intention of conferring Peerages of the United Kingdom.

Choudrey comments: “It is an immense honour. I am truly humbled to have been appointed to the House of Lords. I have always viewed the UK to be the land of opportunity and I look forward to contributing to the continued advancement of our great country.”

The appointment is in recognition of his considerable contributions to Britain’s domestic and foreign trade as a leading businessman and entrepreneur, his wide array of philanthropic work both in the UK and abroad, and his role as Chairman of the Conservative Friends of Pakistan.

As Chief Executive of Bestway Group, Choudrey has already driven tremendous growth in businesses across the UK and Pakistan. This led to Choudrey being appointed to Deputy Chairman of the Pakistan Britain Trade & Investment Forum and serving as a member of the Confederation of British Industry’s Economic Affairs Committee in previous years.

He has also regularly been asked to facilitate private government visits to both Pakistan and the UK for senior government officials from both countries, including the Mayors of London and the West Midlands, and private investors, to discuss how both the UK and Pakistan can look to increase trade and investment. These strong ties with Pakistan will mean Choudrey will be looking to utilise his vast experience to build more bilateral trade, create more jobs here in the UK and improve foreign relations between our two countries.

Choudrey comes from humble beginnings having grown up in a remote village in Pakistan, before moving to the UK at the age of 12. His remarkable success over his career led to him being appointed Commander of the Order of the British Empire (CBE) in the 2016 New Year’s Honours List for services to industry and philanthropy. He also sits as a trustee for several national charities, including CrimeStoppers, Grocery Aid and Bestway Foundation, which has donated over £30 million to worthy education and healthcare causes. In January 2018, he was appointed as UK Chair of the British Asian Trust’s Advisory Council, by HRH The Prince of Wales.

In his role as Chief Executive of Bestway Group, Choudrey has overseen the growth of the Group into one of the UK’s largest family owned businesses, which employs over 27,000 people worldwide. In the UK, Bestway Group currently provides employment for 15,000 people.

Under Choudrey’s stewardship, Bestway Group has become the largest British investor and philanthropic contributor in Pakistan, and gained recognition from the President of Pakistan in 2018, with a prestigious Pakistani civil award, the ‘Sitara-e-Imtiaz’ (Star of Excellence).

Choudrey will look to draw on his keen understanding of entrepreneurship, supporting SMEs and his understanding of the challenges faced on the high street. And with the business’ acquisition of Well Pharmacy in 2014, the third largest pharmacy chain in the UK, Choudrey is well positioned to advise on community welfare and healthcare too.

In addition to the UK businesses, Choudrey has spearheaded tremendous growth and investment abroad with the two arms of Bestway Group that operate in Pakistan – United Bank Limited, the 2nd largest private bank in Pakistan and Bestway Cement, Pakistan’s largest cement manufacturer. The success of these businesses has shown him to have an astute understanding of the financial services sector, as well as of infrastructure and foreign trade.