Mehwish Hayat strikes a pose with Hasan Minhaj at the US Open, and we're loving it! 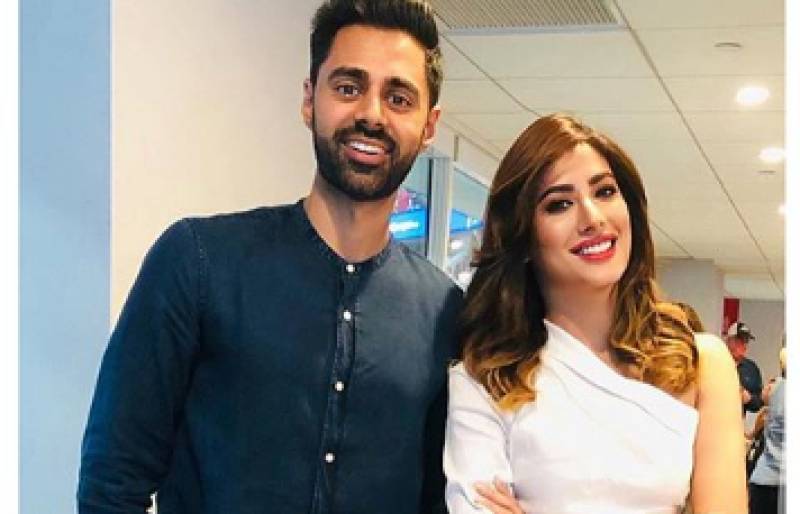 LAHORE- Two favourites in one frame!

Mehwish Hayat is representing Pakistan at the US Open and the recent pictures on her Instagram prove she is having the time of her life!

“It was such a joy to be invited by Emirates to represent Pakistan at the US Finals and to rub shoulders with global celebrities such as Hasan Minhaj,” the Chalaawa actor gushed on her Instagram page.

“Love his Netflix show and his outspoken opinions. Rafael Nadal’s victory made the occasion even more special!”

Minhaj isn't the only star Hayat bumped into. Previously she ran into singer Nick Jonas, also taking to social media to share her excitement at meeting the Jonas Brother.

“Guess who I ran into at the US Open Men’s Semi-Finals in New York? One thing we both agreed on was that we were both rooting for Rafael Nadal,” she wrote.

On the work front, Hayat is being praised for her humanitarian efforts as of late. She was recently named one of the five top Muslim women in the world who are striving to make the world a better place to live in.

Earlier this month, the Load Wedding star received the Pride of Performance in Norway. This was followed by multiple appearances on various international platforms where she spoke about how the world of Bollywood and Hollywood cinema is fueling Islamophobia.

Hayat has also been appointed as the Brand Ambassador of Muslim Islamic Charity, Penny Appeal.