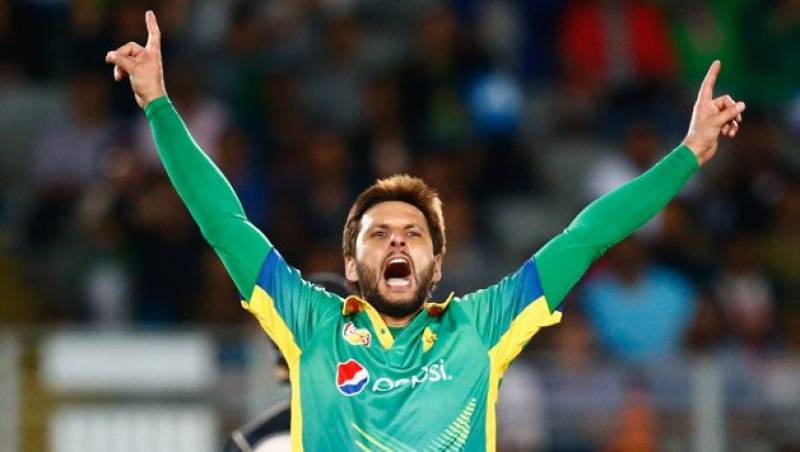 KARACHI - Pakistani acclaimed celebrity Shahid Afridi Bhatt has recently launched his own YouTube channel which will allow his fans and followers to peek into her personal life.

Boom Boom had shared in a video clip that he has also started his own YoutTube channel to interact with fans, talk about politics, talk about his career, how to maintain good health, about cricket and about his life:

Isn't it super exciting news for all the cricket fans in Pakistan and around the world? In the video, Afridi seems to be very happy about interacting with fans like this for the first time! Let's see what knowledge he has to share with his fans!

LAHORE - Shahid Afridi's biography is all set to release on April 30, 2019. The biography written by well-known TV ...

Shahid Afridi is not the first Pakistani celebrity to launch a Youtube channel, several other Pakistan celebrities have also launched YouTube channels before in which the entertain fans and followers by making interesting Vlogs.

Ayesha Omer, Hina Altaf, Shoaib Akhtar, Yashma Gill, and Hania Amir are among the few celebrities who have a large number of followers on their Youtube channels.

So, are you going to subscribe Shahid Afridi's Youtube channel? Do let us know in the comments box below.