Car splits into two after horrifying accident near Sargodha 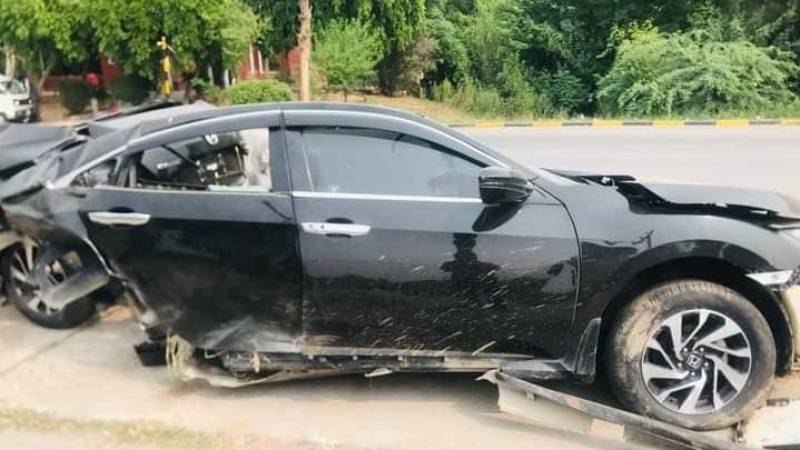 A road accident near Sargodha this week shook everyone who visited the crash scene or saw pictures of the crashed car on social media.

Based on the pictures of the car involved in the accident and a purported audio message of the car driver circulating on social media, the accident took place when the driver pulled the breaks to end the cruise control near Sargodha while travelling from Lahore to Islamabad via the motorway.

After the accident, the car assembled by one of Pakistan’s most expensive brands, Honda, split into two. Its front part fell off the motorway, while the rear part remained on the road. The roof of the car also blew away.

According to the purported driver of the vehicle, who says he remained safe in the incident miraculously, the accident was caused by a technical fault in the car’s operating system.

This accident has raised many questions about the safety of the people using even the most expensive cars assembled in Pakistan.

Moreover, there is no mechanism for investigation into such incidents. As a result, the powerful makers of these cars will not be held accountable ever for their faulty vehicles running on roads in third world countries like Pakistan.