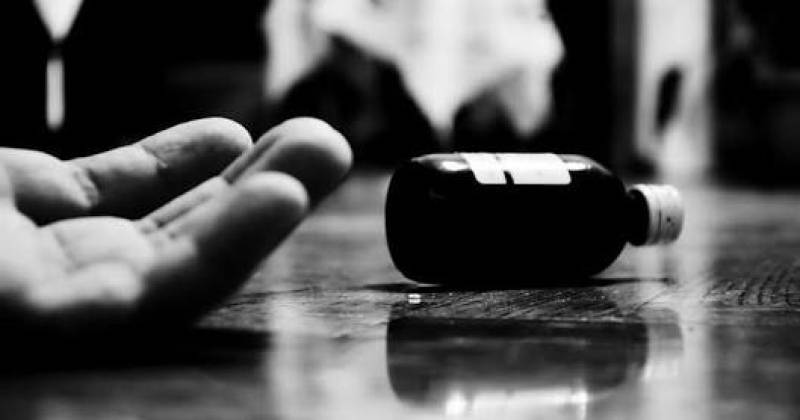 Pakistan- People are struggling to live every single day trying to make the ends meet. Working hard day and night to feed themselves is the ultimate goal of average Pakistani’s with the increase in prices and economic pressures people are pushed to take their own lives. Pakistan has very less suicide rate but the numbers are increasing rapidly which is changing everything.

The recent years have proved to be tough for Punjab especially as 3 people everyday take their own lives in the province. The increased number of suicide rates have unveiled another very dangerous method of suicide which is black stone (Kalaa Pathan). This easily accessible and cheap chemical is now the most preferred way of suicide. Paraphenylenediamine is commonly used for hair dying and henna which costs only RS10.

The notice was taken by DC Dera Ghazi Khan, Muhammad Ibrahim Junaid who understands the severity of the suicide cases and has now requested the government to ban the sales of this stone. As a result Section-144 is imposed.

Dr Abrar Khosa incharge of ICU Ghazi Khan medical college reveals that large number of patients consuming this chemicals are being admitted. He told only in 2017 they received 156 patients and 52 died. In 2016 700+ Cases of black stone were registered and only 150 could survive.

The stone is very harmful as the consumption of it can result in clogging of throats and failure of lungs in just 20 minutes of intake. The government is now encouraging people to seek psychological help for the suicide prone people. Sellers are ordered to find an alternate for this henna and hair dying product to decrease the suicide cases.