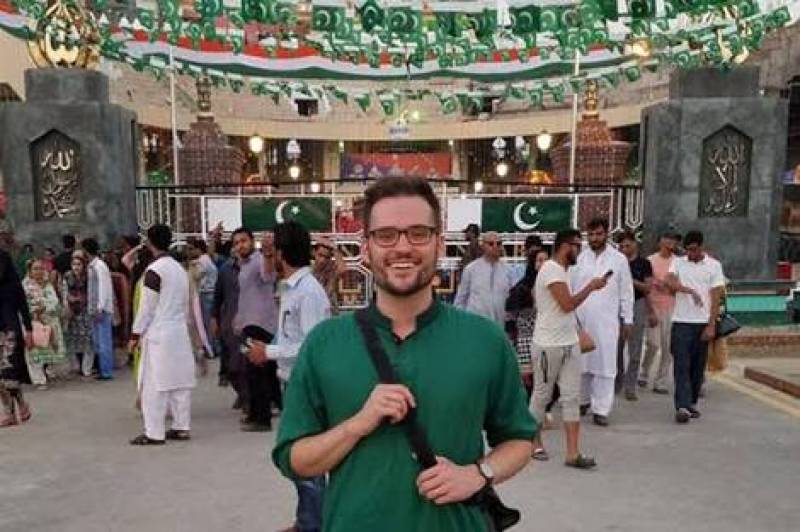 Pakistan- After the first visit to Pakistan Jeremy McLellan has been awed by the beauty, people and culture of Pakistan therefore he is seen appreciating the country with his countless references to the people. President of “Pindi boys” was targeted by numerous Indians who questioned his connections with Pakistan.

He opens up about his relationship with Pakistan in his tweets. He was recently accused of being paid by the Pakistan for all the support and love he has been showing towards the greens. This comedian takes all the hate and turns it into hilarious tweets for entertainment. His comedy and sarcasm has got us on our feet. Here is everything about this elaborated joke.

He sure is paid by ISI and this is a proof of it Lol.

Finally got my first paycheck from the ISI. Life is good. pic.twitter.com/4vRfrcGprf

People were onboard with the joke!!

And that’s how it was transferred ☺️ pic.twitter.com/miVYjhEhl9

and here is the proof of our transaction pic.twitter.com/iilQgplyYD

Right when you thought the joke ended right there he was hit by more controversial theories, people accused him of being married to a Pakistani or that he had a brown parent well now we know what the truth is LOL!

His sister is getting married to a Pakistani, Ofcourse! How did we even miss that, haha!!

Congratulations to my sister Rachel on her marriage to Usman. ❤️ https://t.co/hdbVFvnaXo

A moment of silence silence for all the people who thought this was true!! He even tagged Dennis Freedman to join him with this elaborated joke!!

.@DennisCricket_ please tell everyone that she’s my sister. Would love to see it in an article one day.

He sure can use some more rumors and articles all dedicated to him!! McLellan you say? She is totally Jeremy’s sister, man!

Some even congratulated him, things escalated real quick.

May Allah bless both of them with happy life ahead💚

There can only be one McLellan is the arena and he sure is loved by thousands of Pakistani’s as our love for him will never be any less. Thank you for all the love and entertainment Jeremy.