Sri Lanka 183 all out in first India Test 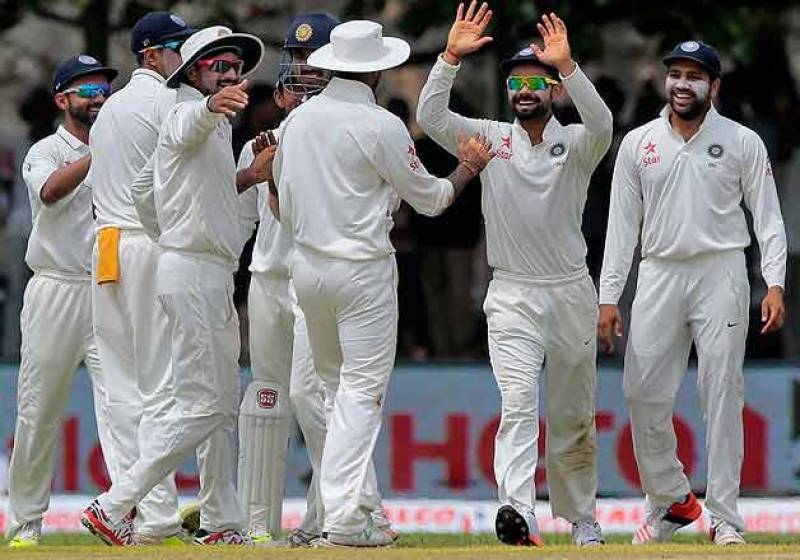 GALLE, Sri Lanka (APP) - Sri Lanka were shot out for 183 just before tea on the opening day of the first Test against India at the Galle International Stadium on Wednesday.

Skipper Angelo Mathews top-scored with 64 during a sixth-wicket stand of 79 with Dinesh Chandimal (59) after the hosts, electing to bat, were tottering on 65-5 at lunch.