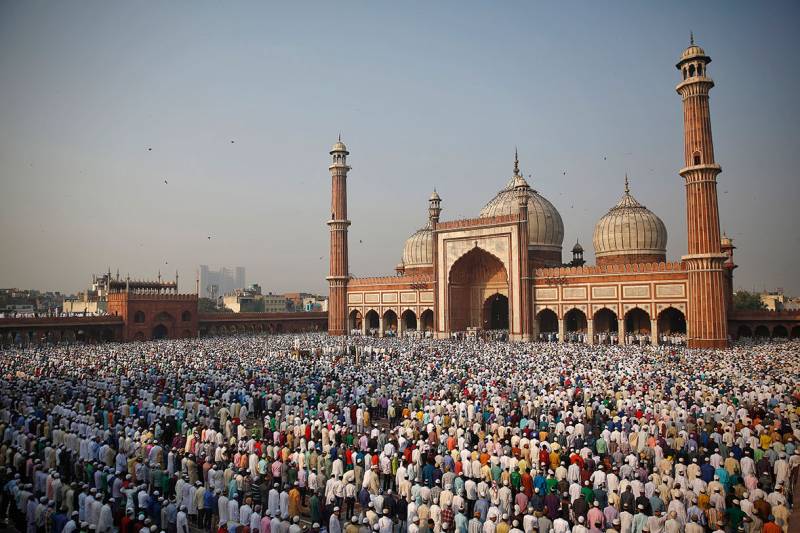 ISLAMABAD – Like other parts of the world, people in Pakistan are celebrating Eid-ul-Azha today with religious fervor to commemorate the great sacrifice of Prophet Ibrahim and his son Prophet Ismael.

The day dawned with special prayers in mosques for well-being of the Ummah, the Kashmiris, and progress, prosperity and security of Pakistan.

Eid congregations were held at mosques, Eidgahs and open places in all cities, towns and villages across the country. Ulema delivered Khutbah highlighting significance of the day and philosophy of great sacrifice.

Citizens will keep offering sacrifice of animals during three days of Eid.

Doctors observed that meat lovers can fall prey to several diseases during Eid ul Azha if they eat excessive amounts of meat as doing so can cause diarrhea, vomiting, high blood pressure and excess uric acid in the body. They suggest that people should attempt to maintain a balanced diet which consists of both meat and fruits and vegetables, among other things, to prevent any ailments associated with eating too much meat.

Sale and purchase of sacrificial animals reached its peak Sunday night across the country.

National Assembly Speaker Asad Qaiser and Deputy Speaker Qasim Khan Suri have felicitated the Muslim Ummah and the countrymen on the auspicious occasion of Eid-Ul-Azha.

The NA speaker and and the deputy speaker, in their separate messages on Sunday, said the Eid reminded the sacrifice given by Hazrat Ibrahim (AS), when he was about to slaughter his son Hazrat Ismail (A.S) on the Almighty's orders.

"This Eid also reminds us of the heavy sacrifices made by the Kashmiri people for their freedom," the speaker said. He reiterated his support for the freedom and struggle of the Kashmir people as the Indian parliament struck off articles 370 and 35-A from its constitution ignoring all international norms of decency and displaying true image of Hindu obduracy and obstinacy.

In Peshawar, Eid-ul-Azha congregations were held at over two hundred places. The main congregation was held at Eidgah Charsadda Road, Peshawar.

Tight security measures have been taken to maintain peaceful atmosphere in the province on the occasion of Eid-ul-Azha.

In Balochistan, Eid prayers were offered at more than 200 places in capital Quetta while main Eid prayer congregation was held at Eidgah Toghi road.

Saudi Arabia, the United Arab Emirates, and other gulf countries celebrated the Eid yesterday. In Saudi Arabia, tens of thousands of Muslims offered Eid-ul-Azha prayers at Masjid-e-Nabvi and the Grand Mosque in Makkah.