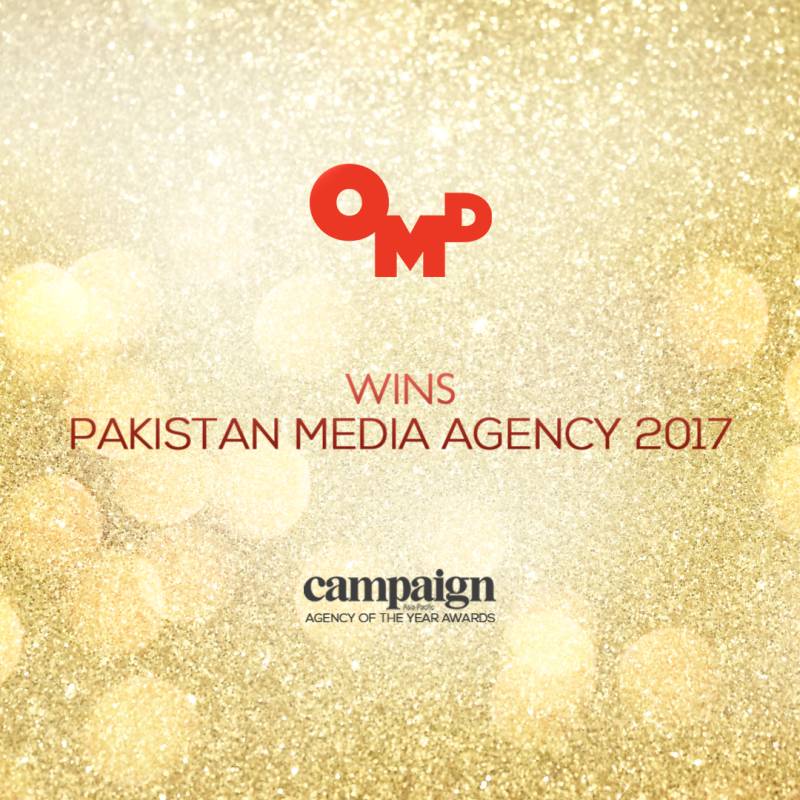 Furthermore, the agency also received a bronze in the ‘Digital Agency of the Year’ category, recognized among the country’s top three agencies for its advanced digital product.

The accolades follow a resilient year for the media agency, in which it expanded its business while either retaining or enhancing existing client relationships. They also validate the agency’s commitment towards innovating its product offering and providing clients with ground-breaking media solutions in the Pakistani market.

“OMD Pakistan has maintained their momentum in 2017 and really delivered an impressive performance this year,” commented Stephen Li, CEO of OMD Asia Pacific.

“We strive to be a dynamic network and this recognition not only speaks volumes about the agency’s performance, but also reflects the confidence and encouragement of our clients, which allow us to create some exceptional work.” he added.

OMD Pakistan’s CEO, Dara Bashir Khan, added: “Winning the Gold again is a reflection of the confidence that our clients and industry partners place in our capabilities. This couldn’t have been accomplished without their invaluable support. We look forward to raising the bar even further and achieiving greater results for them going forwards.”