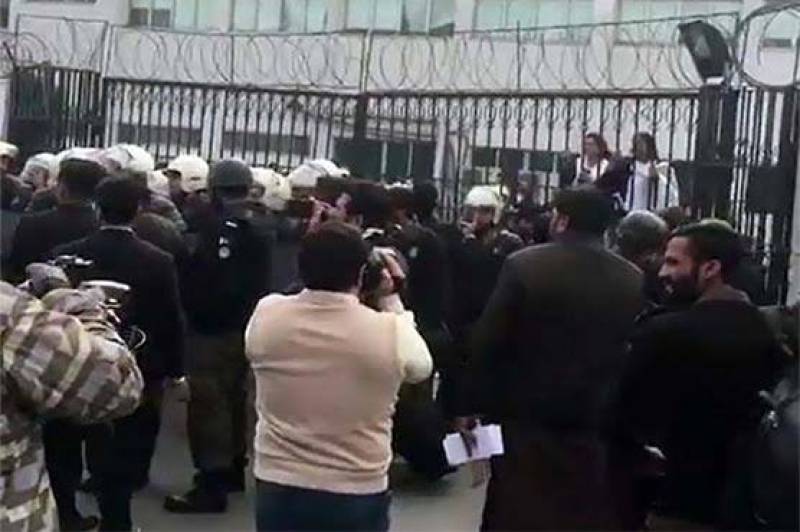 LAHORE - Lawyers and doctors are observing strike in different cities of the Punjab province today (Thursday) after clash at Punjab Institute of Cardiology (PIC).

According to media reports, doctors are observing strike in the major cities across the country while lawyers are on strike across the province.

Litigants in courts and patients in hospitals are suffering due to strike of lawyers and doctors.

At least 12 people died after lawyers’ protest turned violent at Punjab Institute of Cardiology on Wednesday. Police used tear gas and water cannons to disperse lawyers which were around 200 to 250 in numbers, with some of them having weapons. The lawyers broke the gate and entered into the hospital which is only standard health facility in Punjab for heart patients.

They disrupted operations and heart surgeries at the emergency bloc of PIC, leaving hundreds of patients at risk. The doctors left the wards to save their lives from the protesting lawyers.