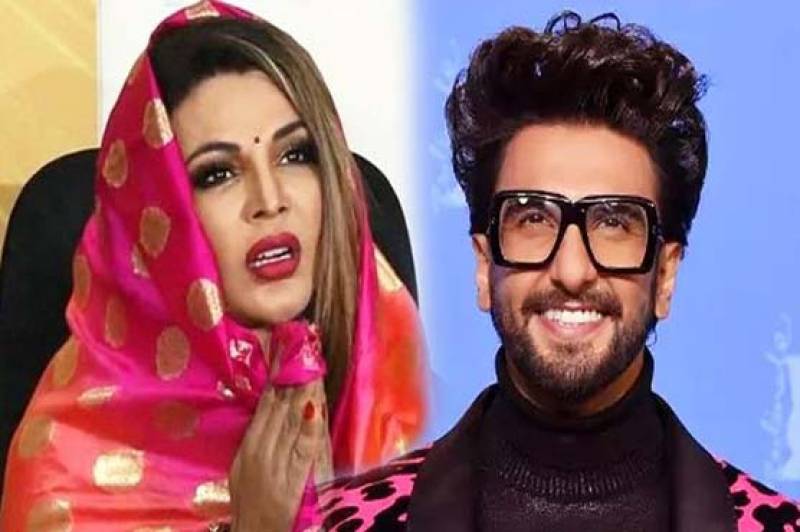 After the completion of Simmba, Ranveer Singh is ready for his next film Gully Boy. The actor who is busy with the promotions of his upcoming film, lately informed Komal Nahta, on his chat display, that he loves Rakhi Sawant and that she is a rock star.

LAHORE - Rakhi, why do you do this? In a weird turn of events Rakhi has claimed that she was raped by none other than ...

During the conversation, Ranveer had asked the host to name the worst movie star he ought to interview. Ranveer Singh said, "Rakhi is a rock star! Rakhi, I love you."

Tanushree Dutta did what no woman could do in years of Bollywood history. She raised her voice to get justice in a male ...

Ranveer also talked about his family on the show. He calls his sister his ‘other mother’. “Her nature I guess, she is very caring, very motherly and loving. She always treats me like a child. She would spend the money she earned to buy chocolates for me. Hence, I cannot even call her my elder sister, she is my second mother,” the actor said.

The Padmavati actor also talked about his initial journey in films, Ranveer revealed that the kind of films he loved were the ones in which the hero was the king and the film was larger than life. “Big muscles, big guns. Matlab mujhe bus yahi karna hai.”

LAHORE - DeepVeer is forever going to trend with these new pictures that we have seen after being deprived of them for, ...

He said, “I went to university and as usual I was late for everything and late for registering for class and then there was one seat for acting for non-majors. I have already acted in school and college, so I was like I can do this. The instructor asked us to perform and I did that, everyone in the class was impressed. And this is it, I am a performer.”