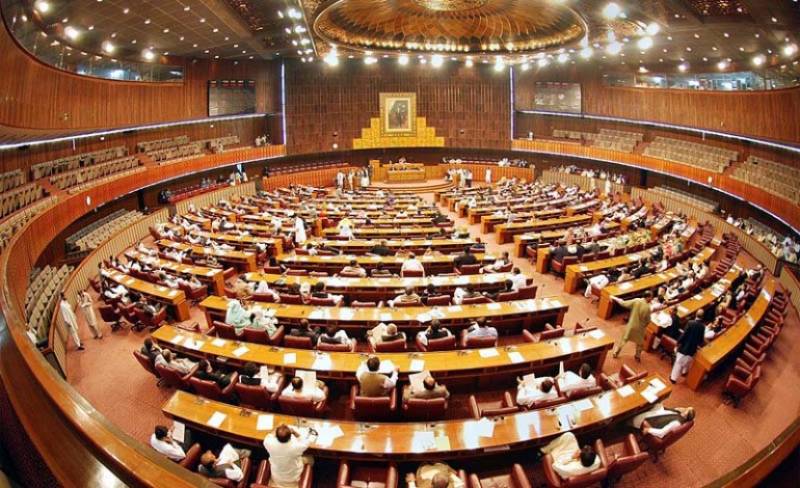 ISLAMABAD - Minister for National Food Security and Research Sikandar Hayat Khan Bosan informed the Senate on Thursday that during the last year, the demand of wheat in the country was 25 million tons against the production of 25.63 million tons.

During question hour in the Upper House, the minister said the government has increased regulatory duty on the import of wheat from 10 to 60 percent during the last three years to discourage import because wheat price is lower in some countries.

To another question, he said that livestock wing with its redefined role under 18th Constitutional amendment took several measures at national level to protect livestock from various diseases.

The minister said that livestock disease diagnostic laboratories, Veterinary Research Institutes (VRIs) and field hospitals of provincial livestock departments have been strengthened in terms of capacity facility, manpower and services to reduce economical losses in livestock due to diseases.

He said the organizations were providing diagnosis treatment and vaccination services to livestock farmers.

Provincial livestock departments have established a helpline for the farmers for consultation on animal health issues.

He said keeping in view the seasonal incidence of diseases, prophylactic vaccination schedules have been developed to control endemic livestock diseases such as Hemorrhagic Septicemia, Foot and Mouth, PPR, Ranikhet, Gumboro etc.

The minister said that vaccination campaigns are launched from time to time for awareness of the livestock farmers in order to protect livestock from diseases.

He said facilities and capacities developed under various national projects helped to control and eradicate Rinderpest disease of cattle and bird flu disease of poultry from the country.

"Pakistan has got rid of bird flu disease in June 2008. Rinderpest disease in May 2007 and maintaining these statuses till date. Moreover, Pakistan has achieved FMD Progressive Control Pathway (PCP) Stage-2 out of EU FMD 5-staged pathway under recent concluded National Program on Foot and Mouth Disease (FMD) control," he added.