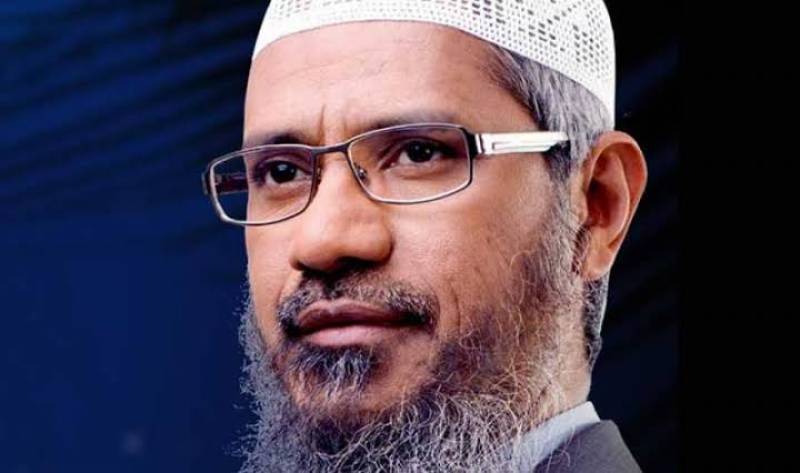 LAHORE - India’s renowned Islamic preacher Dr Zakir Naik, who has been living in self-exile in Malaysia since 2016, has revealed how Prime Minister Narendra Modi tried to woo him to supports his government’s move to revoke the special status of Occupied Jammu and Kashmir.

The prominent Muslim televangelist in a youtube message said that an emissary of Modi met him in Malaysian city of Putrajaya in September 2019 and offered him a “safe passage” to Indian in exchange of supporting the revocation of Articl 370 by the BJP government.

The emissary held the meeting “under the direct instructions of Indian Prime Minister Narendra Modi and Union Home Minister Amit Shah” to “remove misunderstandings and miscommunications between myself and the Indian government,” revealed Naik.

“He [the emissary] offered me a safe passage to India,” said the Muslim Scholar.

Dr Zakir Naik said that he flatly turned down the offer because “revoking Article 370 is unconstitutional and is taking away the rights of Kashmiris”.

Article 370 of the Indian constitution granted the IOJ&K a special semi-autonomous status.

He also told the representative of the Indian government, “I cannot support the act of injustice, neither can I betray the people of Kashmir”.

Dr Zakir Naik, who left India in 2016 after New Delhi accused him of promoting hate speech and inciting terrorism, has been granted permanent residency in Malaysia. India has requested for his extradition, but Prime Minister Mahathir Mohamad refused to send him back.

“I cannot support the act of injustice, neither can I betray the people of Kashmir,” he recalled telling Modi’s emissary.

The BJP government revoked the special status of the occupied territory in August 2019. In order to prevent protests of Kashmiris, the Modi government imposed curfew in the territory besides blocking communication facilities in the region.

The lockdown is still continued in the valley to press the voice of Kashmiri people.

Dr Zakir in the video further said the Indian government representative also said that the BJP government wanted him to use his connections and help “improve India’s ties with Muslim countries”.