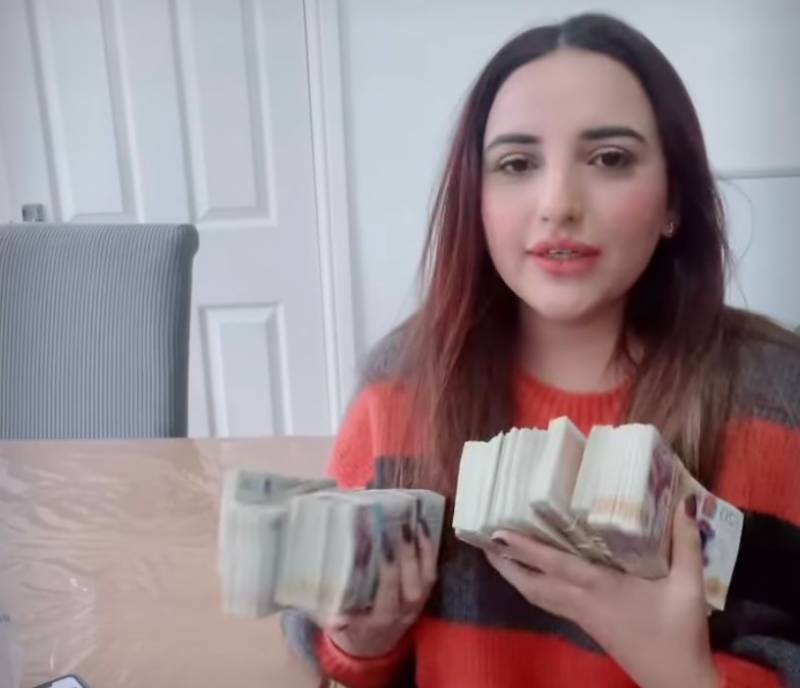 FIA officials have decided to write a letter to the British National Crime Agency to request the body to investigate after video evidence showed the social media star confessing to carrying large sums of currency to UK.

Taking to her Instagram, the scandalous celebrity posted videos featuring herself where she can be spotted holding a lot of cash.

Flaunting her money, she revealed that she has lately taken a flight to the UK and even though she arrived safely, she realised that a hefty amount of cash isn't allowed to be taken on UK flights.

"If you are travelling from Pakistan to UK then be careful. I think you can carry about 2000 pounds and if you would exceed the limit then the staff would bother you."

"However I didn't get into any trouble because I am on a work visa and I had to visit UK for some business. Also, I carried proof with myself."

Earlier, Shah caused a furore due to her controversial appearance on the talk show 'To Be Honest' where she prank called Interior Minister Sheikh Rashid.